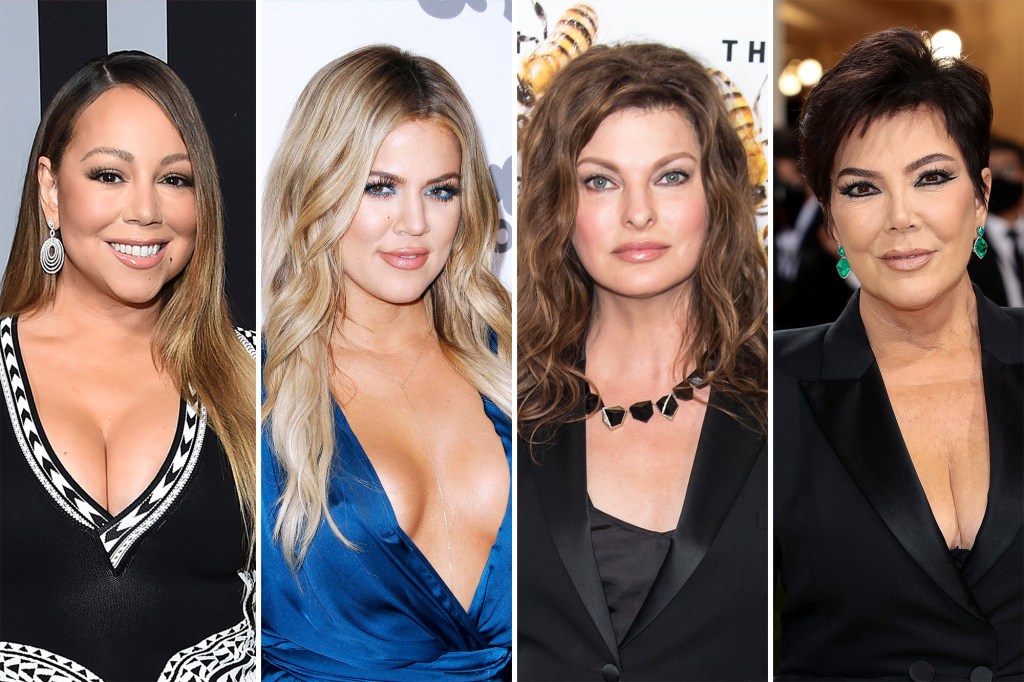 
A leading plastic surgeon has warned that CoolSculpting — the popular fat-busting technique that veteran supermodel Linda Evangelista claims left her “brutally disfigured” — is not the miracle solution promoted by gushing American stars.

Dr. Alex Sobel, a specialist in correcting botched cosmetic procedures, told The Post that the method can cause “unexpected side effects” and comes with “under-reported” risks.

His expert opinions contrast with the rave reviews of celebrity slimmers like music diva Mariah Carey, reality TV personalities Khloe Kardashian and Kris Jenner, and model-actress Molly Sims, who became a spokesperson for the brand in 2015.

Zeltiq Aesthetic, the California company behind CoolSculpting, markets its cash cow as the fastest and most efficient way to permanently destroy fat. The results are recognizable a few weeks after the patients complete between one and three treatments at a franchised clinic.

During each session, the practitioner uses a special gadget to cool parts of the body prone to flab such as the stomach, thighs and upper arms. Once the temperature reaches freezing point, the stubborn fat cells that lurk beneath the epidermis are swiftly killed off.

Zeltiq maintains the non-invasive procedure requires no downtime because you don’t go under the knife. Instead, the fat cells zapped by the sudden deep freeze break down naturally and are flushed out of your system through the liver.

CoolSculpting was approved by the FDA in 2010, but Sobel, of Bellevue, Washington, who has operated on dozens of patients with the same complication as Evangelista, is concerned that the non-surgical method could be too good to be true.

It’s important that the procedure is not confused with the similarly-named body contouring technique Emsculpt Neo, which employs a device that combines electromagnetic energy to contract and tone muscles with radio frequency to melt fat.

Then, to confuse matters even further, there’s a rival process called Sculpsure, which deploys a laser to damage fat cells before they’re eliminated by the body’s lymphatic drainage system. Bold face names like Olivia Culpo, Megan Fox and Addison Rae have gushed about Emsculpt Neo and Brooke Shields became the face of Sculpsure in 2019.

Meanwhile the short-term side effects of CoolSculpting include swelling, bruising and skin sensitivity at the treatment site, but other reactions can cause permanently deformities. They include the little-known condition paradoxical adipose hyperplasia (PAH), a serious ailment that allegedly created a mass of hard fat under Evangelista’s skin. She alleged it was a “risk” she was not made aware of before the procedure.

“We call it the ‘stick of butter effect,’” Sobel said. “It happens in a small number of cases when cryolipolysis, the technique behind CoolSculpting, which causes fat cells to crystalize, disintegrate and leave the body as waste, performs in a different manner.

“The extreme cold can sometimes cause the fat to expand and form a lump that feels firm – almost rubbery – with the shape and consistency of a stick of butter stored in the refrigerator.”

These unwanted bulges of fat are not life-threatening — but they cause deformity to the underlying tissue which can lead to psychological distress. The blocks of fat won’t disappear on their own and the only way to remove them is to undergo liposuction. Ironically, the price of the corrective surgery tends to be thousands of dollars less than the cost of CoolSculpting.

Depending on where you live in the US, a total three CoolSculpting sessions targeting a problem area such as the abdomen might cost between $8,000 and $9,000. Liposuction on the same place will likely be priced at around $6,000.

Somewhat surprisingly the medical community has been unable to establish why PAH affects some patients and not others. Interestingly, however, a 2018 study published in Science Daily suggests the condition occurs far more often — in three out of 138 treatments — than was previously reported by CoolSculpting as 1 out of 4,000 treatments.

“It’s alarming because the consequences of PAH are horrible,” said Sobel. “I’ve had tearful people wringing their hands in my office who are simply desperate for help.”

He performs liposuction on between five and 10 PAH patients every year, but suspects “many others affected by the condition suffer in silence.” Sadly, the most common reason for their reluctance to see a doctor is a mixture of shame and regret.

As for Evangelista, the surgeon expressed compassion for the reclusive former cover girl who wrote an emotional post about her altered state of health on Instagram. She went on to describe how the ordeal sent her into a “cycle of deep depression, profound sadness, and the lowest depths of self-loathing.” The 56-year-old has filed a lawsuit against Zeltiq Aesthetics because she is “so tired of living my life this way” and “would like to walk out of my door with my head held high.”

Sobel said: “She [Evangelista] deserves a team that has her back and treatment that includes psychology as well as surgery by experienced specialists who’ve dealt with these cases many times before.”

He also applauded the 56-year-old for going public with her story.

“She relied on her physique as a source of pride as well as income,” said Soben. “I can’t imagine how she feels at the moment. But her efforts to raise awareness about the issue show a bravery that is off the charts.”