Despite Jets’ struggles, Robert Saleh hasn’t given cause for doubt 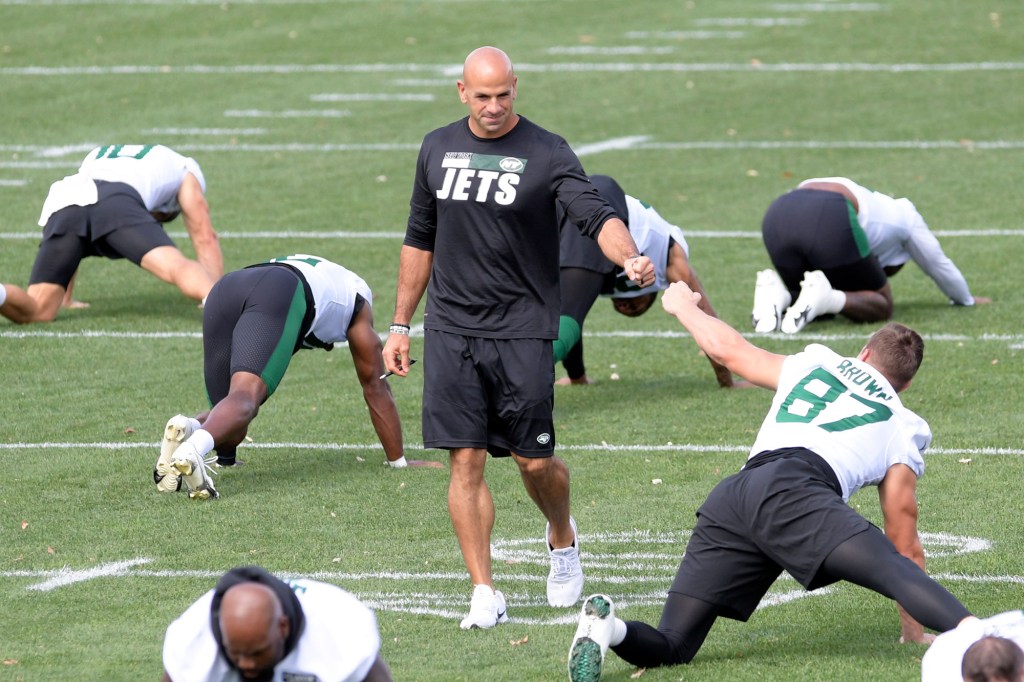 Everyone thinks they can be an NFL head coach.

Everyone who watches football from their couch or Section 318 believes, if given the chance, they could make the decisions that come across an NFL head coach’s headset each Sunday.

For Jets head coach Robert Saleh, that includes his mother, Fatin, who had some pointers for her son after Sunday’s loss to the Patriots.

“She’ll probably kill me, God bless my mother,” Saleh said with a smile Wednesday. “[She speaks] broken English, doesn’t even know how many yards it takes to get a first down and she was coaching me up on what we should tell our receivers.”

Call her Fatin from Dearborn, first time, long time. Saleh was not sure exactly what his mother wanted to see from those receivers.

“I was a little upset at the time so, I’m not sure I took it all in, even though I should’ve,” Saleh said.

After an 0-2 start for his Jets, there are plenty of people who have thoughts about what Saleh should do. He could turn on the radio or check the websites to see how many opinions there are out there about the Jets.

Despite the results, though, Saleh has not done anything that should shake fans’ confidence in him as the coach. Saleh must overcome a roster that is in the early stages of being rebuilt. He has more rookies starting than any other coach in the NFL. He has a young coaching staff that he is also trying to mold.

Saleh’s upbeat style seemingly has not been affected by his team’s slow start. His demeanor appears to be unchanged so far by the losing, and his players feed off that.

“Every single day you’re going to get energy,” defensive end John Franklin-Myers said of his coach. “He’s out there doing everything with the players. He’s still telling the same jokes. It just makes it easier to come to work like that.”

Saleh is being graded on a curve … for now. It is clear how inexperienced this roster is. Still, fans are not going to stay patient forever. If a win does not come soon, expect the heat to be turned up from where it is now, which feels like “off,” to at least “low.”

When looking at the first two games, it is hard to put much blame on Saleh. The Jets started slowly against the Panthers and could not come all the way back. But how they played in the second half was an encouraging sign. Zach Wilson’s four interceptions doomed the Jets last week. The defense played well enough that the Jets could have been in that game in the fourth quarter with just adequate quarterback play.

“It’s going to be a constant learning process,” Saleh said. “I haven’t had anything hard either. … I know that there’s going to be greater challenges ahead.”

The website EdjSports evaluates coaching decisions each week. When looking at Saleh, they thought he made two mistakes on fourth down against the Patriots, based on analytics. The first one was kicking a field goal on fourth-and-goal from the 3 in the second quarter, while down 10-0. Saleh said he wanted to get points on the board, but the numbers said the right move was to go for it.

Then, with just over six minutes left in the game and the Jets trailing 22-3, he kicked a field goal on fourth-and-9 from the Patriots’ 17. Saleh said he wanted to make it a two-possession game, but the numbers say that was incorrect.

“The first down attempt was still optimal because you don’t have to travel as far for a field goal, should that be all you need if you’re able to score the 16 points first,” EdjSports said.

There will be plenty more decisions ahead for Saleh. It starts this week with a good test for his program in Denver. Saleh was fond of saying this spring that he would not find out his team’s identity until it hit adversity. It has hit and we’ll see how the Jets respond. Can they keep it competitive against the 2-0 Broncos?

If they don’t, Saleh can expect a call from mom.

Upgraded Devils face questions in taking the next step