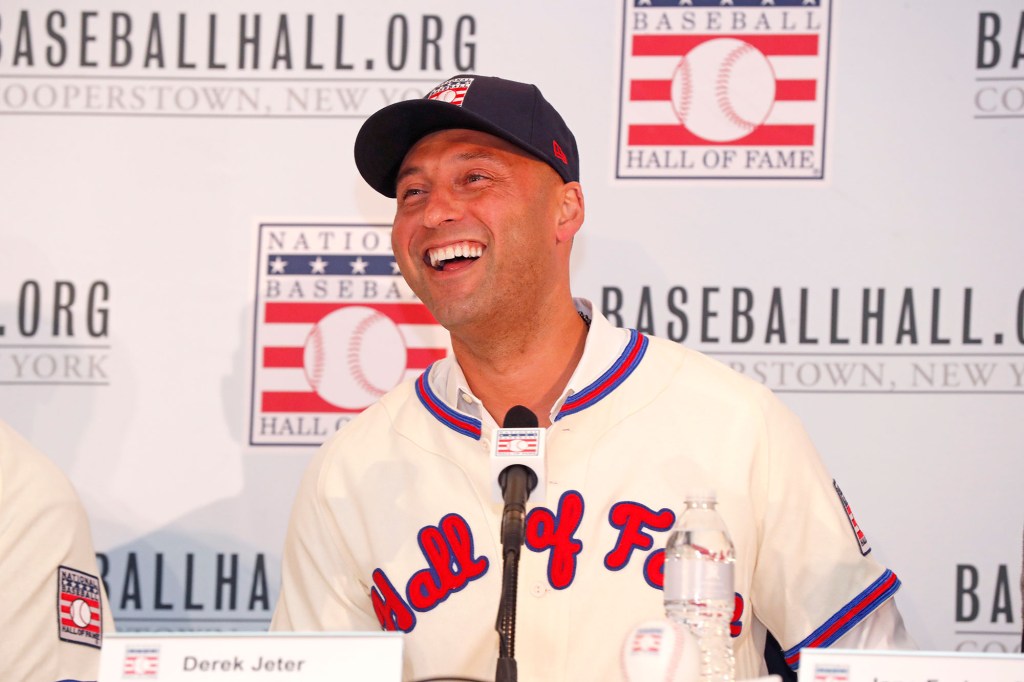 
COOPERSTOWN, N.Y. — For how smoothly Derek Jeter sailed into the Baseball Hall of Fame, actually getting his day here has been a bit more treacherous.

But after two delays, No. 2 will finally join the best of the best on Wednesday afternoon when he is enshrined as a Hall of Famer during a ceremony at the Clark Sports Center.

A stream of Yankees fans had already begun to descend upon the village by Tuesday afternoon, with plenty of pinstripes set against the scenic background on Main Street in addition to Yankees hats and No. 2 shirseys. Others were camped out along the road outside of Cooperstown Country Club, hoping to sneak a peek at “The Captain” enjoying some golf before he walked onto the big stage Wednesday.

While it was not the madhouse it likely would have been had it been held as originally planned — on a July weekend in 2020, without an ongoing pandemic — fans have been awaiting Jeter’s induction for months, ever since he was elected just one vote shy of unanimously in 2020. But Jeter himself was trying not to let visions of his day in Cooperstown consume him as he patiently waited — first for an extra year and then another month-plus as COVID-19 pushed back his ceremony.

“As strange as this may sound, I’m trying not to think about it, because I just want to go there and experience it for the first time,” Jeter said. “I went to Mariano [Rivera’s] induction a couple years ago. That’s the first time I’ve been to Cooperstown in years. I went when I was very young.

“So I’m looking forward to getting up there and going to the museum and meeting with all the Hall of Famers and spending some time with them. Then obviously the ceremony and the speech. Those are things that I’m trying to keep out of my mind because I want to go in there with no preconceived notions of what may happen and I want to experience it and try to enjoy it.”

Thirty-one Hall of Famers were scheduled to return for Wednesday’s ceremony — including fellow Core Four member Mariano Rivera, who was inducted without any delay in 2019 — with Larry Walker, Marvin Miller and Ted Simmons also set to be inducted.

Pieces of Jeter’s career were already on display Tuesday inside the Hall of Fame museum, telling part of the story of how the New Jersey native got to Cooperstown by way of The Bronx. Included in his exhibit were the cap he wore at Kalamazoo Central High School before being drafted sixth overall by the Yankees in 1992; the jersey he wore in the 1996 World Series, capping off his Rookie of the Year campaign; cleats he wore in the 1998 World Series, the same year he led the league with 127 runs; his bat from the 2000 All-Star Game, one of 14 he was named to; his bat from Game 6 of the 2009 World Series, his final one; a glove from his career that included five Gold Gloves; the helmet he wore while clubbing his 3,000th hit with a home run in 2011; and each of his five World Series rings.

Jeter accomplished all those feats and more in pinstripes during a legendary 20-year career in which he became synonymous with one team.