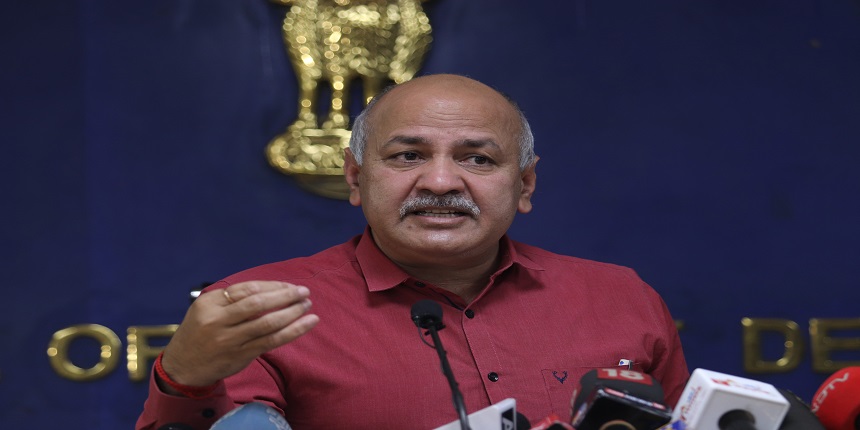 Delhi Deputy Chief Minister Manish Sisodia on Saturday emphasised the need to instil confidence in children, saying we should have faith in children’s ability to succeed and encourage them to fulfil all their dreams. Sisodia was delivering a keynote address at the launch of the second issue of the “Children First” Journal by the Delhi Commission for Protection of Child Rights (DCPCR). “The biggest drawback of our education system is that we do not have faith in our children’s ability to succeed. The question is not what do we write in the National Education Policy (NEP), but how we interact with our children in the classrooms and at homes. That shows that our lack of faith in them,” he said.

We deter our children by asking them to dream within their limits whenever they share their aspiration of becoming an IAS officer, a Supreme Court Judge or a sportsperson, Sisodia, who also holds the education portfolio in the national capital, said. “Today, a child from a poor household can become the president. Similarly, every girl can fulfil her dream. But we have broken her confidence, which we need to instil,” he said. Sisodia made the remark in reference to Droupadi Murmu who took oath in July as the 15th President of India, making her the first tribal head of State and the second woman to occupy the country’s highest constitutional post. “I dream of an India where each and every child has the self-confidence to achieve whatever they want in life,” he said, adding that the Indian education system should be such that people from other countries send their children to study here.

Replying to a question on the kind of India he wishes for children, the minister said, “I want a country where there are good opportunities in education, job, health and justice so that we do not have to depend on other countries.” Supreme Court Justice BV Nagarathna, the chief guest at the event, said it is necessary to secure effective access to justice for children. “India is one of the youngest countries in the world with 41 per cent of our total population comprising of persons below the age of 18. Across the country, millions of children interact with justice system,” she said. “Given such inevitable interaction, it is necessary to secure effective access to justice. Failing which children remain vulnerable to abuses from their family, society and the state,” she added.