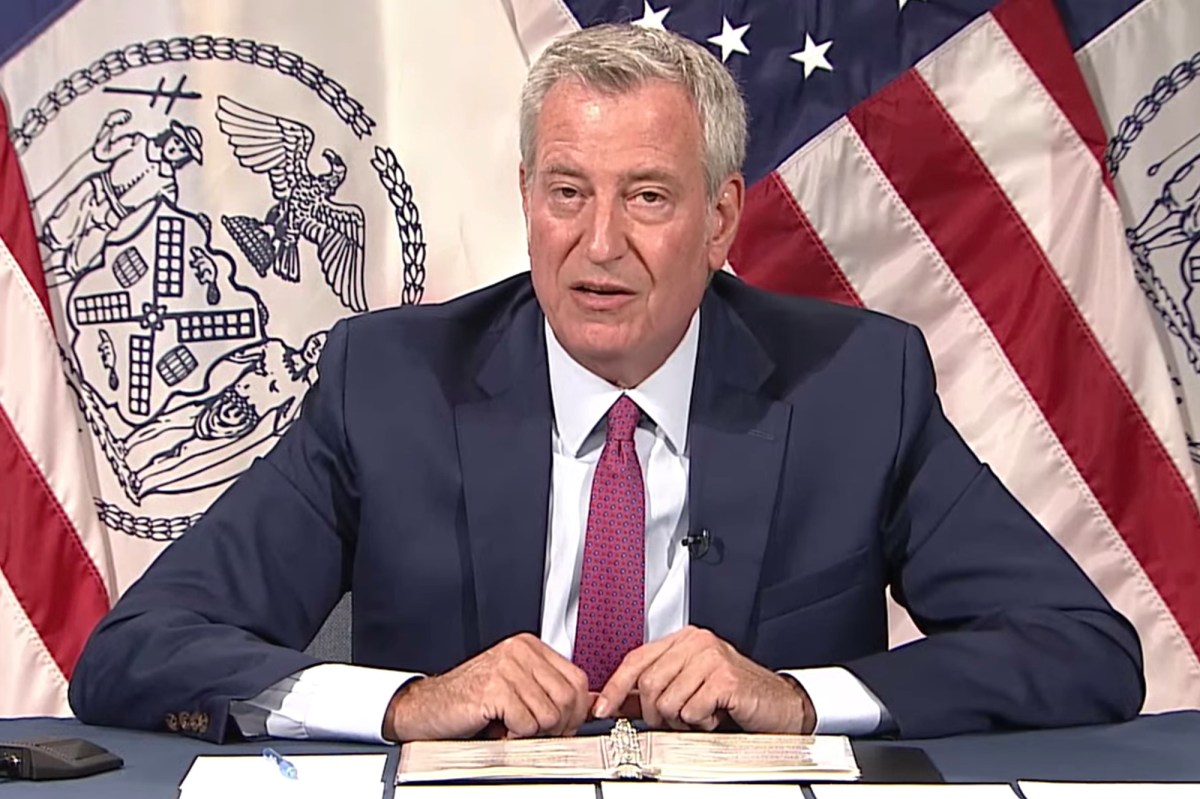 Mayor Bill De Blasio ordered tough new vaccination rules for restaurants, gyms and other indoor venues this week, but he failed to address mounting uncertainty over rules governing the workplace — and companies are more confused than ever.

Big Apple employers — foremost among them Wall Street giants like JPMorgan Chase, Goldman Sachs and Morgan Stanley — have been waiting for clear direction from state and local officials after the CDC announced last week even vaccinated people should wear masks indoors.

That’s because while the CDC said employers in high-risk regions of the country should enact indoor masking rules, it was short on specifics.

Now, executives at companies across New York are trying to determine the best path forward as they attempt to interpret the ever-changing CDC guidance. But industry insiders told The Post they’re increasingly exasperated as they have been forced to navigate the situation themselves.

“Employers are frustrated – they’re trying to follow CDC guidelines but the CDC keeps flipping back and forth,” Kathryn Wylde, president of Partnership for New York, told The Post. “They want people back but they aren’t going to risk their employees’ mental or physical health.”

JPMorgan is now back to the drawing board — fully re-evaluating how to respond to changing guidance, according to sources close to the company. One possibility under discussion, according to insiders: Implementing policies that were used six months ago, like widespread masking in common areas.

Other companies including Morgan Stanley, Goldman and Citi say they’re monitoring the situation but have yet to officially change any workplace policies. Other Big Apple firms off Wall Street, meanwhile, have taken matters into their own hands, with the real-estate giants Durst Organization and Related Companies ordering staff to get the jab or look for another job.

Calling employees back to the office isn’t simply a matter of making the workplace safe. Even though 90 percent of employees are vaccinated at many firms in New York City, employees typically have to use public transportation to get there.

“Setting clear guidelines is not the job of employers, it’s the job of the CDC,” Wylde adds.

The guidance issued last week comes as Wall Street chieftains push for their workers to return to the office, with Goldman Sachs having called its workers back in June and Morgan Stanley eyeing Labor Day. Now, some employees say they are not pleased about the prospect of being forced to wear masks all day at work.

“No way am I wearing a mask,” one New York-based hedge fund manager told The Post.

It’s hard to say whether the CDC’s new guidance, along with rising Delta cases, means banks will start letting more people work from home again. But experts say the changing tides put employers who have been pushing for a return to the office in a tough spot.

“It’s remarkable how fast moving this is,” one financial insider told The Post. “No one was even talking about delaying a return to the office a few weeks ago.”