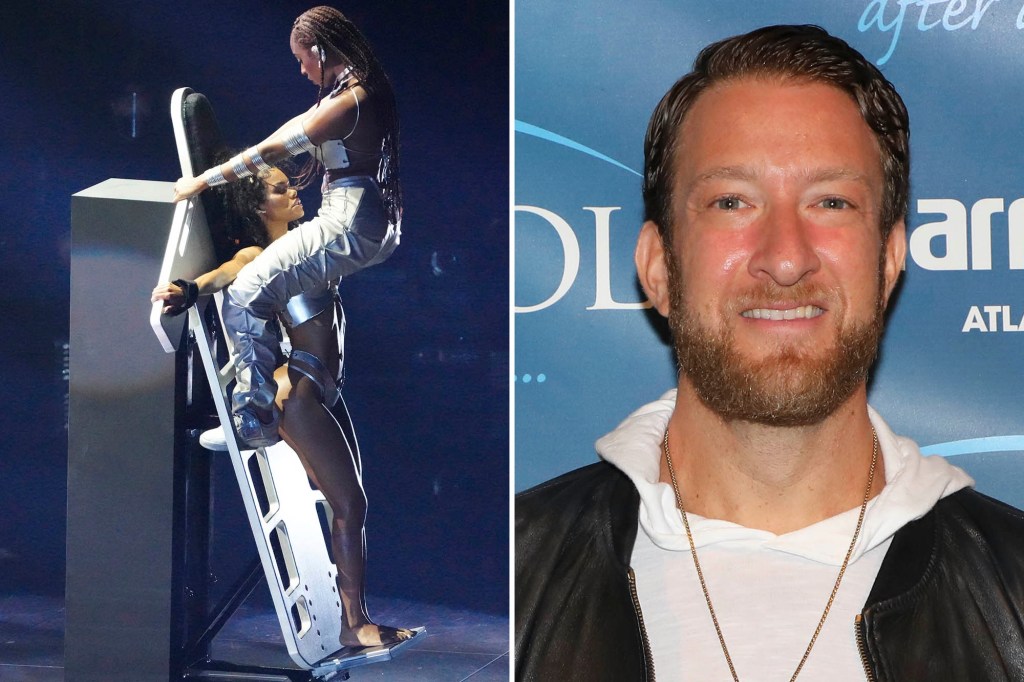 
For Dave Portnoy it’s good to be bad.

“This is good. Barstool bad,” 44-year-old Portnoy tweeted to his 2.6 million followers during the Sunday night show at Brooklyn’s Barclays Center, along with a video of the 25-year-old singer’s sultry onstage dance whoch culminated in her straddling Teyana Taylor, 30.

“I just want people to know, this is on VH1 right now, just like cable TV, anyone can watch this,” Portnoy rants while filming his TV screen. “People say Barstool’s too raunchy, like, that, you know, we’re sexist, chauvinist pigs, can’t let people see it, too over the top, smokeshows, but this girl, who’s getting like face f—ed, and scissoring, right now just on VH1, this is cool.”

Barstool has become notorious for promoting a “culture of online hate” and gamifying sexual harassment and cyberbullying, with many female sportswriters blaming Portnoy for manifesting and encouraging misogynistic online discourse. In recent months, the company’s controversial history generated blowback against Major League Baseball after The Post reported the two entities were in talks to team up. In June, Portnoy was briefly suspended from Twitter.

Comments on Portnoy’s viral critique of Normani’s performance — which was an ode to Janet Jackson’s — are significantly a mix of the bro-culture king’s fans agreeing with him, disparaging women, and expressing concern for children watching the sexy show.

In addition to disliking Normani’s performance, Portnoy also took issue with Justin Bieber’s VMAs outfit. “Somebody get Bieber some clothes that fit,” he tweeted.

Meanwhile, Portnoy was willing to accept some critique of Barstool yesterday, if not on a theological level: The company’s app “kinda sucked” on Sunday, Portnoy acknowledged Monday. In terms of digital functionality specifically, “We will get better” he tweeted about the issue.