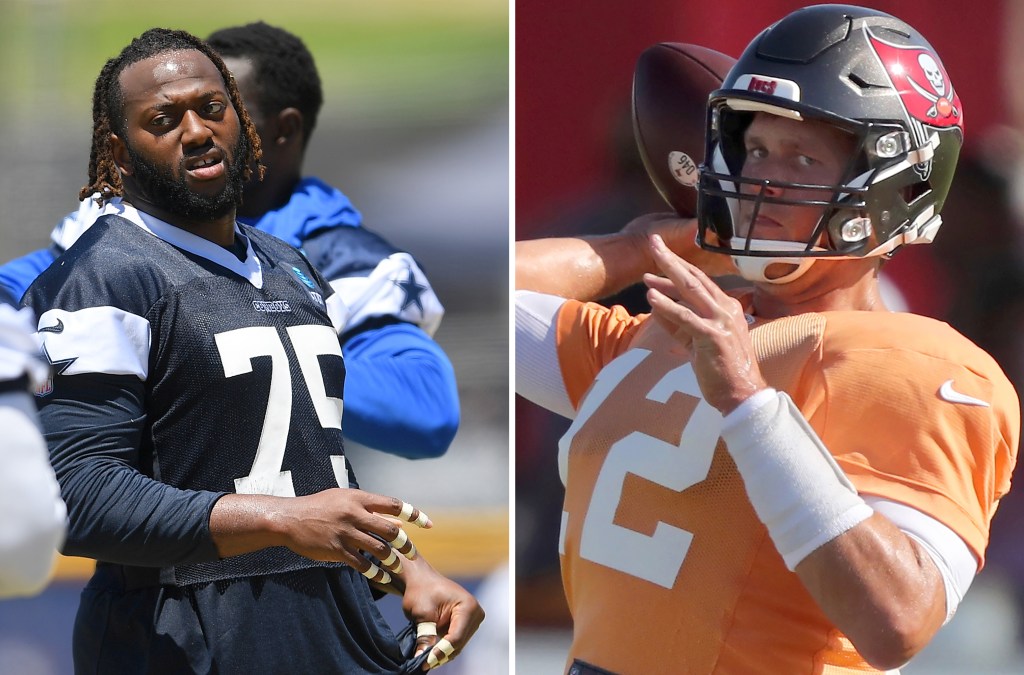 
The rookie is not too impressed by the GOAT.

Cowboys first-year defensive tackle Osa Odighizuwa seemed to take a shot at Buccaneers quarterback Tom Brady when asked if the seven-time Super Bowl champion has a weakness in his game.

“He’s not very mobile. I mean, you know, he’s been playing for 21 years. The dude is a little older, not too mobile. I’d say that’s probably what it is,” Odighizuwa said Thursday, according to the Fort Worth Star-Telegram.

The third-round pick out of UCLA, who was named a starter for the Cowboys’ Sept. 9 season opener against Brady added, “Get him off the spot and his passer rating goes down by a lot. So our role is super important this week as far as getting after him.”

Odighizuwa explained that Brady’s declined mobility will allow Dallas to target him in an interior pass rush and get him off his spot, which causes his passer rating to drop.

“I think they says it goes down by 50,” the 23-year-old said of the Cowboys’ scouting report.

Odighizuwa, who the website said praised Brady before discussing his mobility, said the legendary QB will “do his thing” either way in the season opener.

“I feel like he’s not a guy who’s too worried about what I’m saying. He’s obviously going to be aware of it, but he’s been doing this for a while,” Odighizuwa said. “People have been saying this, that and a third.”

Earlier on, Odighizuwa described the feeling to play against Brady as “crazy.”

“He was playing football before I even knew what it was,” Odighizuwa, who was born in 1998, said. Brady began his pro career with the Patriots in 2000.

“Just to be in this game, to be playing against the GOAT, is crazy. Obviously, you can’t think about it too much because, at the end of the day, he’s an opponent. I’ve got to do what I’ve got to do. It is what it is.”

Odighizuwa had four sacks in seven games for the Bruins in 2020.

Brady is 5-0 against Dallas in his career, throwing 10 touchdowns to only two interceptions.

Brady is entering his 21st season just over a month after he celebrated his 44th birthday on Aug. 3.

The Buccaneers extended Brady’s contract this offseason in a deal that will keep the future Hall of Famer in Tampa through the 2022 season. The move came after Brady led Tampa Bay to a Super Bowl championship in a win over the Chiefs in February in his first year with the team.

The Cowboys and Buccaneers kick off on Thursday, Sept. 9 to start the NFL season.

For one fan, Derek Jeter’s retirement was a coming of age