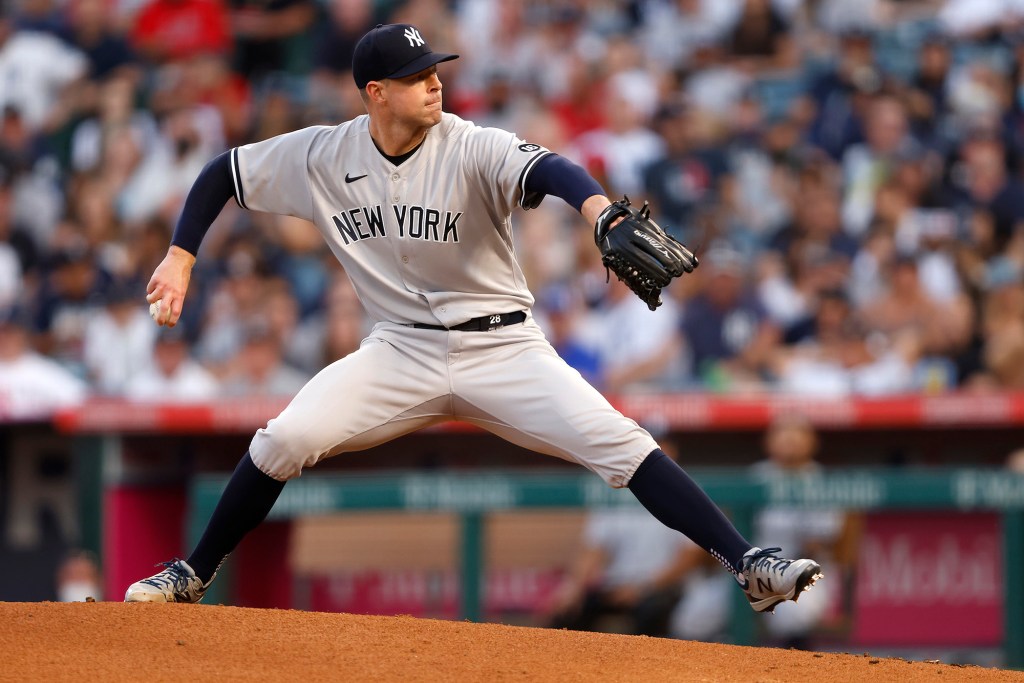 Corey Kluber’s return to the Yankees went about as well as anybody could have expected through his first three innings in three months.

Then the wheels fell off in a hurry.

After cruising through three no-hit innings Monday night in Anaheim, Kluber got hit around in the fourth inning, giving up a season-high five runs and ultimately settling for a no-decision in the Yankees’ 8-7 loss to the Angels.

“Obviously the final line doesn’t look very good, but I think breaking it down, there was a lot of good to take out of tonight,” Kluber said.

In his first start since leaving a May 25 game early with what was later diagnosed as a shoulder strain — the start after throwing a no-hitter against the Rangers — Kluber lasted four innings and 68 pitches while on a pitch count. He gave up five runs on five hits and two walks while striking out six.

All the damage came in the fourth inning, which the Yankees entered with a 2-0 lead. Kluber had allowed just one base runner (a walk) across his first three innings and the fourth began in encouraging fashion as he struck out Shohei Ohtani looking for the second time in as many at-bats.

Phil Gosselin then recorded the Angels’ first hit of the night, the first of three straight singles, which cut the Yankees lead in half. Kluber followed by getting Brandon Marsh to fly out to deep center field for the second out.

But after walking Max Stassi on a full count to load the bases — and getting a mound visit from pitching coach Matt Blake — Kluber gave up a first-pitch grand slam to Jack Mayfield that put the Angels ahead 5-2.

“I feel like for the most part, I executed pitches really well the entire night, besides the one that counted for four runs,” Kluber said. “I try to judge where I’m at based on that, more so than results. Results can sometimes maybe skew your view of how you do out there, good or bad.”

The 35-year-old Kluber, who made three rehab starts before being activated, gave up another single before finally escaping the inning and was relieved by Andrew Heaney to begin the fifth.

Kluber said he did not feel fatigued in the fourth inning and was left encouraged by how he felt physically.

“It was definitely good to get back out there,” Kluber said. “It was a long time, the process to get to this point. So to have all that come to the end and now just be able to worry about going out and trying to contribute to the team, it’s nice.”