Coco Gauff rallies for emotional US Open win: ‘Almost brings me to tears’ 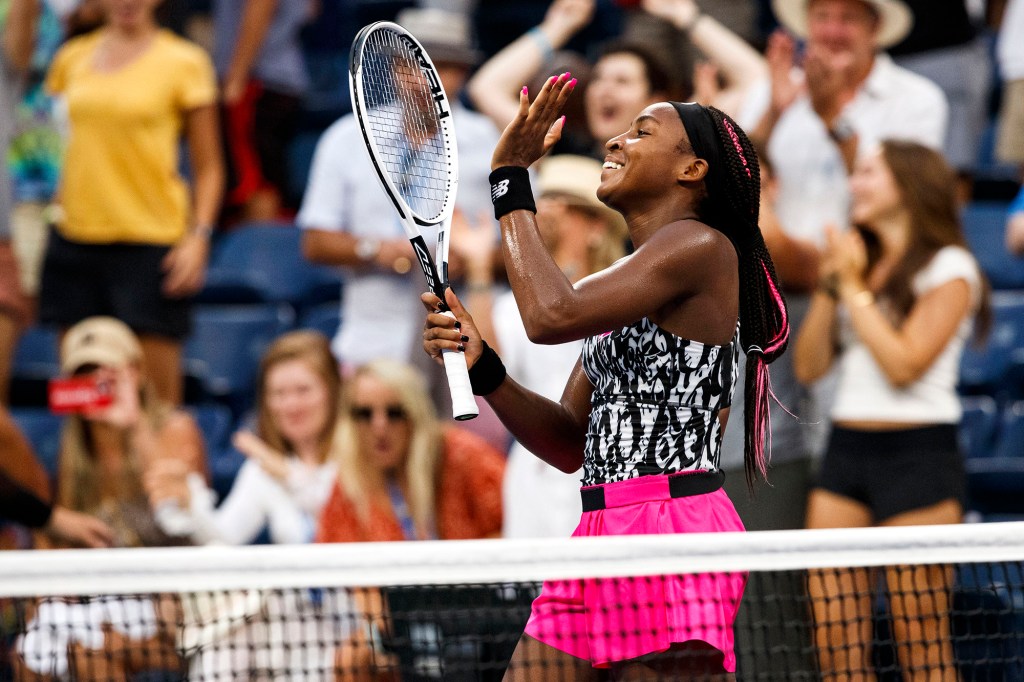 
On the first day of the U.S. Open, with its first crowd in two years, Arthur Ashe Stadium and the second showcourt, Louis Armstrong Stadium, brewed with big-upset possibilities as twilight descended.

American teenage sensation Coco Gauff rallied from a set down and 0-2 in the second set to defeat Poland’s Magda Linette 5-7, 6-3, 6-4 in first-round action Monday night.

Gauff admitted to an emotional moment as thousands cheered uproariously across the two-hour, 40-minute match, including Brooklyn Nets head coach Steve Nash, who was out of his seat applauding after match point.

After a depressing fan-less Open in 2020, the 17-year-old Gauff savored the moment, taking the microphone in her post-match interview to salute the cheering patrons.

“You guys really, really, really helped me,’’ Gauff said. “It almost brings me to tears. I miss playing in front of this crowd. The support means a lot.’’

Murray, who won the Open in 2012 but has been plagued by injury the past few years, seemed angry at the finish. Perhaps his angst was over a long injury timeout his opponent took after the third set. They shook hands briefly at the net and Murray stormed off muttering for minutes. He gave many long waves as he departed the court — as if saying goodbye.

When it was over and Tsitsipas hit a short ball for a final winner, thousand of night-session ticketholders gathering outside the stadium were then finally let in at 7:45 p.m.

“Sacrifices had to be made on court to come back,’’ Tsitsipas said. “It was a great day to enjoy tennis. Atmosphere was great. New York is one of the best crowds in the world. The fact we’re able to compete out here again is something we’ve been waiting for almost two years.’’

Gauff, who had to withdraw from the Olympics because of COVID-19, is still looking for her first Grand Slam semifinal berth. She advanced to the French Open quarterfinals in June but lost in the fourth round at Wimbledon to a tough opponent in Angelique Kerber.

She’s been a fan favorite at the Open since she burst onto the scene in 2018 at age 15. Chris Evert says she could become the biggest thing in sports if she starts to win by the time she’s 18.

Against Linette, Gauff got off to a slow start but finally regained her groove. Linette took an injury timeout after the second set that lasted 10 minutes.

Even late in the third set, things looked shaky. Gauff was up 5-3, Linette closed to 5-4 and held a break point at 30-40. Gauff recovered and hit a forehand winner on the run. Gauff ended it on match point with a backhand volley winner and she waved to all corners of the crowd when it was over with her trademark glowing smile.

Gauff, who had nine aces, moves on with a bright future and Murray must ponder his own.