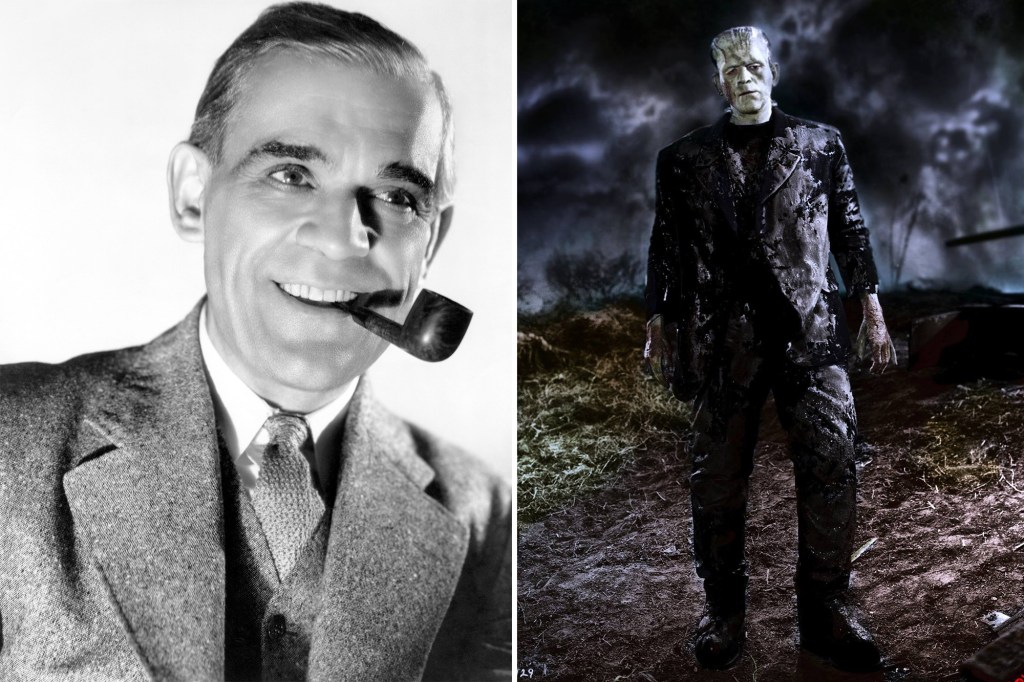 
Actor Boris Karloff shot to fame when he played Frankenstein’s undead monster in James Whale’s 1931 classic “Frankenstein” film. Karloff went on to become the enduring and iconic face of the on-screen monster in popular culture.

Karloff, who was a struggling actor before that, liked to tell the story of the encounter that changed his life. While waiting in the rain for a bus in Hollywood, he was offered a ride home by a fellow actor — Lon Chaney, celebrated for chilling performances in silent films like “The Hunchback of Notre Dame” (1923) and “The Phantom of the Opera” (1925). Chaney offered a piece of advice: Find a role nobody wants to play, and do it better than anyone else could.

Karloff, who went on to become a horror movie superstar, and died in 1969, took it to heart. The new documentary “Boris Karloff: The Man Behind the Monster,” in theaters Friday, dishes on some of his best-known parts and wildest films.

Karloff played so many bit parts in silent films, he told an interviewer, who suspected he’d played a Native American, that he didn’t remember. “But I must have been in it!” he said.

Little-known Karloff played a hypnotist in this movie, which featured movie star Lionel Barrymore as the lead. When they were shooting a scene together, the director instructed that Karloff have his back to camera, until Barrymore stopped him and insisted Karloff’s face be included. “There are two actors in this scene,” he told the director, earning Karloff’s gratitude.

This Howard Hawks-directed drama featured Karloff as a prison inmate. Though it wasn’t a leading role, his unique presence and intensity made Hollywood take notice, according to several experts in the documentary.

The movie, the first in a series, made Karloff a star. He loved the role, but dreaded filming one scene in which the monster meets a little girl (Marilyn Harris) who gives him flowers — and whom he ends up accidentally killing. They shot footage of him playfully throwing her in the water, where she then drowns. But some critics found the scene too brutal, so versions of the film cut straight from his lurching forward to embrace her, to a shot of her father carrying her dead body later. It was a move that arguably made the murder seem worse. The scene haunted Karloff for the rest of his life, and caused strife between him and director James Whale for the remainder of the shoot.

Karloff plays the evil Fu Manchu in this famously creepy horror film, which had him wearing caricatured Asian makeup. As he noted with a laugh in an interview later, the movie had no Chinese consultants whatsoever.

Karloff’s next iconic monster role was as the Mummy. His face was so expressive that the scene in which his bandage-wrapped character merely opens his eyes for the first time sent chills down the spines of viewers. Critic Leonard Maltin, interviewed in the documentary, attests to the scene’s power even when seen on a small, black-and-white TV.

In this nightmarish pre-Code horror film, Karloff plays a Satan-worshipping priest who keeps dead women in glass display cases. His co-star was fellow horror icon Bela Lugosi, to the delight of their fans.

The sequel, also directed by Whale, took Karloff’s monster to new dramatic heights, at one point using imagery that compares him to Christ. But “he makes it believable,” says director Guillermo del Toro in the documentary.

The third movie in this series was shot while Karloff’s wife was expecting. On his birthday, they filmed a scene which features the monster climbing out of a pit. Karloff made his entrance thinking the cameras were running — and was surprised by the crew and cast presenting him with a birthday cake and baby booties.

This horror film saw Karloff out of his monster makeup, playing a menacing graverobber. Viewers found the role to be one of his most terrifying, attesting to his talent as an actor beyond the makeup chair.

From 1960 to 1962, Karloff hosted a series called “Thriller” that mined the style of “The Twilight Zone” and “Alfred Hitchcock Presents” for a series of short horror stories, many of which featured Karloff. This one sees him playing the reverse of Frankenstein’s monster — as a man who’s reanimating the dead.

This darkly comic stage play saw Karloff originate a role on Broadway that featured his character saying, of his unfortunate plastic surgery, “They said I look like Boris Karloff!” He reprised the part in a televised performance of the play for NBC’s “Hallmark Hall of Fame.”

How the Grinch Stole Christmas (1966)

Though Karloff found fame as Frankenstein’s monster, his narration of this special became even more iconic. His sonorous voice as the Grinch was a perfect match for the animated stylings of Chuck Jones, cementing it as one of the most beloved Christmas specials ever.

This crime thriller, directed by a young Peter Bogdanovich, saw the elderly Karloff playing an iconic horror actor who’s questioning his legacy and thinking about retiring; the film juxtaposes his old-school scares with the story of a young man who goes on a shooting rampage.

Big movies were back at the 2021 Toronto Film Fest, but not big crowds