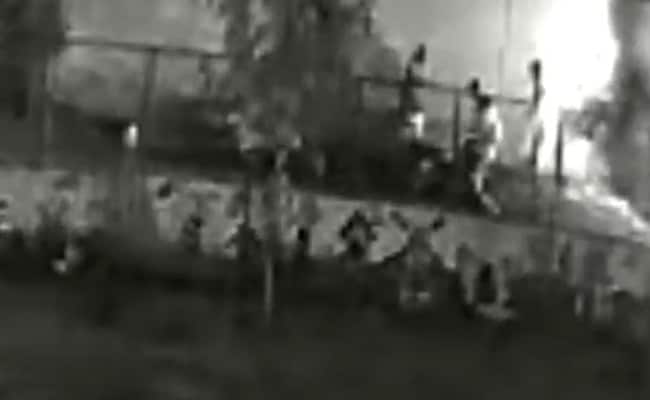 Amravati chemist Umesh Kolhe is surrounded by his killers and attacked in CCTV footage that has emerged weeks after the murder.

The grainy footage from June 21 shows Umesh Kolhe suddenly collapsing after being attacked.

Umesh Kolhe’s throat was slit by two men on a motorcycle on his way back from his medical shop.

The first attempt to kill Amravati chemist Umesh Kolhe was made the previous day.

Mr Kolhe was spared that day because he closed up early – around 9.30 pm.

The killers, having recced the shop earlier, had expected him to shut his shop at 10-10.30 pm, say sources.

Mr Kolhe was killed allegedly over his support to BJP ex spokesperson Nupur Sharma, whose comments on Prophet Muhammad caused outrage in India and abroad.

The chemist was a part of a WhatsApp group named “Black Freedom”, which has both Hindu and Muslim members.

On the WhatsApp chat, Mr Kolhe reportedly made some religious comments in support of Nupur Sharma. The post was shared by his friend and customer Yousuf Khan, a veterinary doctor, to other WhatsApp groups. One of these WhatsApp groups was “Kalim Ibrahim”.

Irfan Khan, a member of this group, was furious at the comments, say police sources. He planned the killing with five more members, the police say.

Yousuf Khan, who runs an NGO called “Rehbar” to help Muslim families, even visited Mr Kolhe’s family during his funeral.

Irfan Khan and Yousuf Khan are among the seven men arrested for Mr Kolhe’s murder.

The country’s top anti-terror body, the National Investigation Agency, has taken over the case, which took place a week before the Udaipur killing.

Nupur Sharma was suspended by the BJP last month over remarks on Prophet Mohammad that led to nationwide protests and global condemnation.