Cam Newton out for COVID-19 violation before joint Giants practice 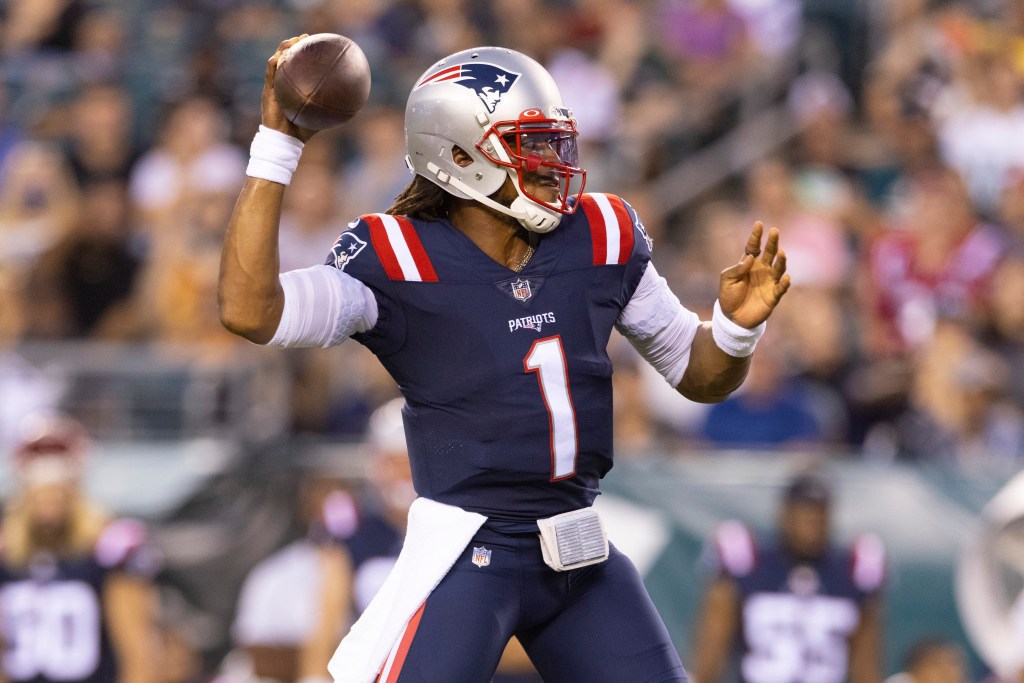 
The Giants will not see the Patriots’ likely starting quarterback Wednesday during the first of two joint practices.

That’s because Cam Newton — who appears to be winning an open competition against rookie Mac Jones — violated NFL COVID-19 protocols and cannot rejoin his teammates until Thursday. Newton went to a team-approved medical appointment outside of New England and “due to a misunderstanding” regarding tests conducted away from an NFL facility must now sit out five days despite receiving negative test results, per the Patriots.

Giants coach Joe Judge declined to say if he will use Newton as a teachable moment on accountability to his players, but it’s easy to imagine every NFL coach just relived 2020 and the headache contingency plans needed if a key player is ineligible for a regular-season game.

Newton’s required five-day “re-entry” to the team indicates he is among the less than 10 percent of NFL players not vaccinated against COVID-19. The Giants are more than 90 percent vaccinated, according to owner John Mara, but indications are that many starters remain unvaccinated and thus are subject to daily testing, unlike the rest of the team.

“If someone were to miss a game because of any kind of failure to follow protocol, we’ve been very clear with our players the entire time that obviously they have the choice and we’re going to support their choice, but the protocols have to be followed and make sure we’re on the same page,” Judge said. “I want to make it clear I don’t know the situation that happened [with Newton] and I’m not going to comment on anybody else’s team.”

Here are some injury updates:

RB Saquon Barkley (knee) is expected to be more involved this week than he was in the joint practices against the Browns, when he was limited to Giants-only drills. “I can’t say that means 11-on-11 or seven-on-seven,” Judge said.

WR Kenny Golladay (hamstring) was ruled out of 11-on-11s against the Patriots. Judge also didn’t commit to Golladay’s return by the Sept. 12 regular-season opener. “We’ll see where he goes physically,” Judge said. “I don’t have an answer long term.”

WR Kadarius Toney (undisclosed) will start the week with the group of rehabbing players to the side of practice. “We’ll see if we can build him more into some of the early-practice individuals and see if at that point he’s ready to progress and do anything more competitive,” Judge said.

OT Nate Solder (shoulder) has not played in either preseason game after opting out of last season. He is in a ramp-up period for his practice workload. “I’ll see physically where he’s at in terms of entering the game,” Judge said.

Just because Sunday’s game against the Patriots is a “dress rehearsal” for the regular season doesn’t mean all Sunday starters are the Week 1 starters. Rosters must go from 85 to 80 players by Tuesday and then to 53 by Aug. 31.

“I wouldn’t assume any of that,” Judge said. “Obviously, when we get out there Sunday it will directly reflect based on how people have performed to this point. However, there’s going to be a lot of guys that we’ll be getting one final look at. We’re going to have to take a look at certain guys in certain situations, see how they mesh within certain units, and the chemistry and impact they can bring.”