C.J. Board trying to carve out Giants role year after scary injury 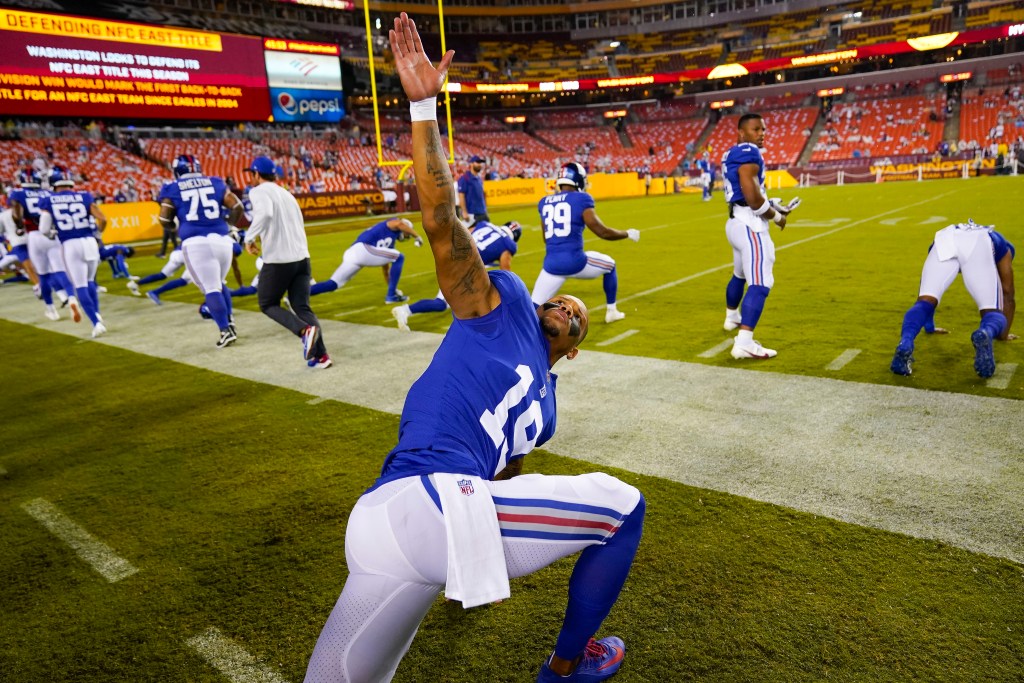 
If C.J. Board’s whole NFL career is a roller-coaster ride, then he emerged feeling excited after a short trip through the darkness.

Since Aug. 31, the Giants … kept Board on the initial cut from 80 to 53 players … then cut him to make room for waivers additions … then re-signed him … then cut him again … then added him to the practice squad … then promoted him to play in each of the first two games.

A lot of emotional ups and downs already but nothing as scary as Oct. 18, 2020, when he stayed down after taking a shot in the back as the target of an incompletion. He was immobilized, taken off the field on a cart and diagnosed with a sprained neck and a concussion at a local hospital.

“I never experienced something like that before,” Board said recently. “There’s not much I remember from that play or from that day, but watching it kind of jogs some memory. It actually doesn’t look as bad as I thought it was going to look. The training staff did a great job getting me back on the football field.”

Board missed only two games and played in each of the Giants’ final eight. His 2021 roster spot figured to be in jeopardy after the offseason arrivals of Kenny Golladay, Kadarius Toney and John Ross, but Board’s first-team snaps count kept climbing as preseason injuries mounted at receiver. He strung together strong practices to separate from David Sills, Damion Willis and Dante Pettis on the bubble.

“Going into camp, my biggest two goals were to establish a role and be as consistent as possible. The rest usually plays out after that,” Board said. “Any chance to make a regular-season roster is a blessing that’s earned — and something that can be taken away. You have to make sure that each day you play like you are still trying to make the roster, on special teams and being versatile on offense.”

Board was cut five times by four different teams — including once when an untimely shoulder injury in the final preseason game ruined his shot to make the 2018 Browns — before landing with the Giants last August. Such is the road for many undrafted players, especially FCS products like Board, who was far off the NFL radar until he ran a 4.40-second 40-yard dash at Chattanooga’s Pro Day in 2017.

“C.J. has done a great job of working really hard at his craft,” agent Kyle Strongin said, “and not letting some other circumstances throughout his career, whether previous injuries or being released in other places, affect his goal to be a really quality NFL player.”

So, last season’s opportunity was years in the making, with a lot on the line when Board’s helmet slammed into the turf, and the Giants trainers cut off his facemask as players from both teams dropped to a knee.

“I was watching the game, and my heart dropped,” Strongin said. “You just hope, wish and pray. For us, it’s never about the football player. You are concerned for C.J. the person — that he is OK.”

There was a sigh of relief. Now it’s all in the past, and Board is averaging 28.3 yards per kickoff return. He made a 6-yard catch in Week 1 with no concern on the tackle.

“Stuff like that is part of the game,” Board said. “We sign up for it. The less you think about it, the less you are in that situation because then you are playing fast. Normally, stuff like that happens when you are a little hesitant. I’ll just look out for it better next time.”

“He’s done nothing but get better since he walked in the door last year,” Giants special teams coordinator Thomas McGaughey said recently. “[Returning] was a skill he had in college and he hadn’t done it a lot in the league, so we just knocked the dust off of it and he jumped right back into it. C.J. comes into a room and he won’t say two words — he just works. He’ll run all day long. He’s becoming a really good pro.”

The Giants can promote Board from the practice squad just one more time before deciding whether to re-sign him to the 53-man roster or let him go.

Just a few weeks ago, Board’s phone was blowing up with well wishes from friends who thought he was released for good, but he and Strongin were in on the Giants’ plan to use some roster gymnastics to keep him around. Where some players might hear the bad news, Board saw the bigger picture.

“The most important thing is the Giants like him and want to continue working with him,” Strongin said. “I say, ‘Don’t let the emotions get in the way of the facts,’ and C.J. handles that very well because he is very mature. That’s helped in his career.”