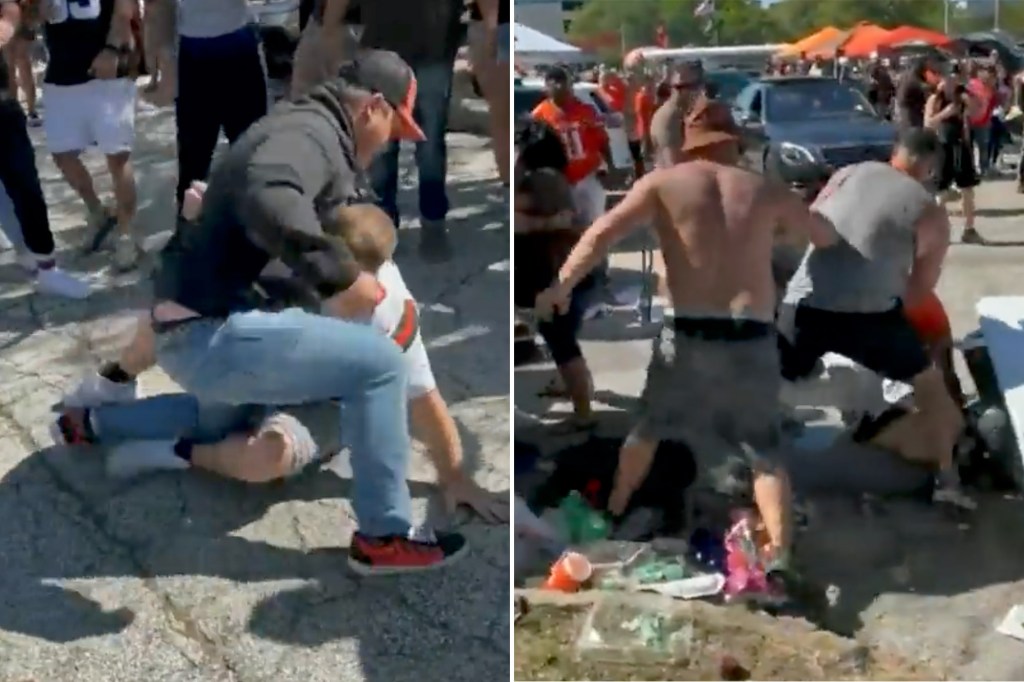 
Two Browns fans were caught on camera engaging in an aggressive melee in the parking lot of FirstEnergy Stadium prior to the team’s home opener against the Houston Texans.

The video shows one fan wearing an Odell Beckham Jr. jersey provoking another fan wearing a black hoodie and jeans.

The fan in the Beckham jersey was able to recover and get back on his feet to deliver one more hit on the fan in the black hoodie, but then another fan in a gray Browns t-shirt broke up the fight … at least temporarily.

The second video shows the fan in the gray t-shirt, who initially broke up the first fight, getting up into the face of a shirtless fan.

The man in the gray t-shirt then became the center of another fight after a different shirtless fan threw a punch on him, which provoked other fans to punch the shirtless fan back in retaliation, leading to an all-out brawl with eight different fans at the tailgate.

The brawl became so violent that it spilled onto a table holding food, drinks and balloons, leading to the table’s destruction.

The brawls reached a climax after the destruction of the table when a fan in a black t-shirt, who was seemingly uninvolved to that point, was pinned to the ground while a fan in an orange t-shirt and the fan in the Beckham jersey teamed up to punch him while he was down.

Two young women and the fan in the gray t-shirt who originally tried to break up the first fight then pulled the brawling fans away from each other. The brawl subsided shortly after that.

The Browns went on to defeat the Texans 31-21 in front of a sold out crowd.

The Browns will play at home again next week for an inter-conference matchup against the Chicago Bears.