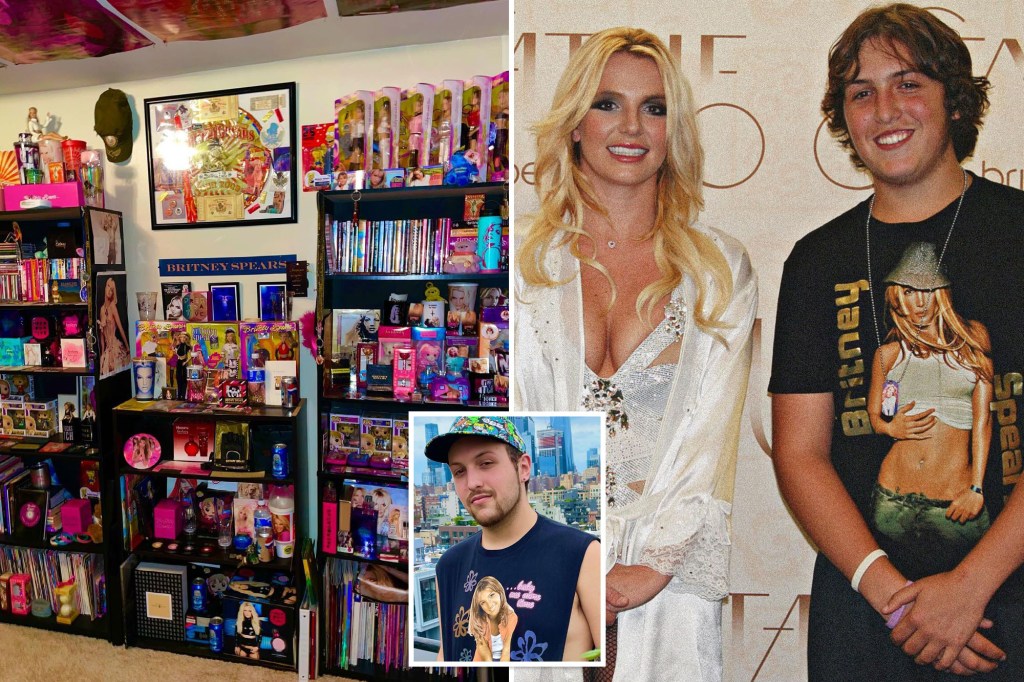 A 25-year-old Pennsylvania man and Britney Spears superfan has hit the jackpot with a massive $137,000 collection of merchandise that he’s been hoarding since the pop star’s heyday in 1999.

Zachary Gordon-Abraham, a recycling tech, confessed he’s spent “spent hundreds of thousands of dollars over the years” on his array of Spears merchandise, which includes hundreds of tour programs, albums, autographs, photos and tons more that are now worth said amount.

“I’m such a die-hard fan for Britney,” Gordon Abraham said.

“So many people think it’s odd to be so infatuated with a pop star but to so many of her fans, she is so much more than just a pop star.”

Gordon-Abraham’s collection has pinnacle items. including a personally engraved “Oops I Did It Again” plaque and an autographed photo he was personally sent during Spears’ lingerie promotional tour in 2014. The collection is something he shares with his husband, who has also contributed to the pop-stockpile in their “Britney room.”

“Britney is even the reason we started talking to each other way back in 2013,” Gordon-Abraham said.

Gordon-Abraham also touted one of his more rare pieces, a program from her Circus Tour show in New York City.

“Every once in a while, a copy will end up on eBay for thousands of dollars,” he said.

The obsessive and apparently consumer savvy hobby is one inspired by his mom, Gordon-Abraham explained.

“My mother would buy me merchandise and always instilled in me that it could be worth something one day,” he said.

Gordon-Abraham, who met Spears in 2011 on her Femme Fatale Tour, even managed to make it big with his idol a few years later — sort of.

“The video went viral within hours and racked up millions of views across social media within the last three years.”

Of course, Gordon-Abraham is one of many diehard Britney fans who have been supporting her during her contentious battle with her family to have her conservatorship, which she’s been under for 13 years, removed.