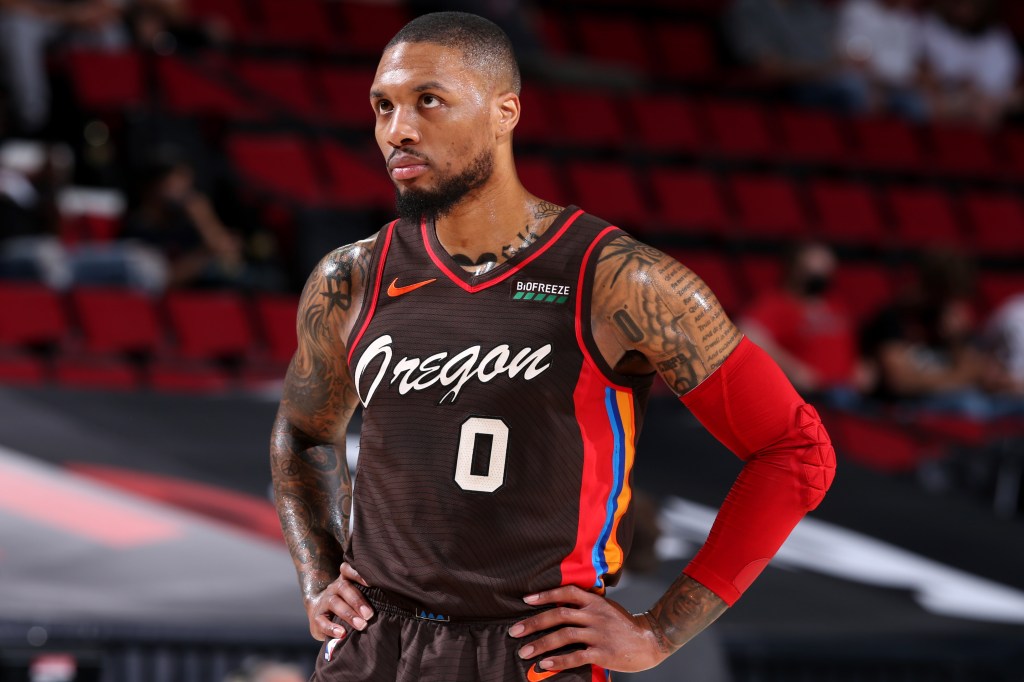 Portland point guard Damian Lillard is navigating trade rumors on his own terms.

“You get to a position where it’s like, ‘Do I defend myself or do I just say nothing?’ For me, when I’m just hearing stuff that’s not the facts, I’m going to say I didn’t say that,” Lillard said in an interview with The Athletic.

The face of the Trail Blazers franchise has been the subject of trade rumors throughout the summer after he expressed his frustrations in July with the way the franchise was operating. A few weeks later, Lillard sounded less than thrilled when he discussed Portland’s quiet presence in free agency.

“Some things I’ve just got to let it be said. I know what the truth is. I know where I stand. It’s not my duty to make the public know … it’s not my job to make them aware of what that is,” Lillard told the website.

Lillard averaged 28.8 points, 4.2 rebounds and 7.5 assists per game last season for the Trail Blazers, while shooting 45.1 percent from the field. He has made it clear in the offseason that he’s on a mission to win his first NBA championship.

While promoting his new rap album — titled “Different On Levels The Lord Allowed,” under his studio name “Dame Dolla” — Lillard has been cryptic about his NBA future.

During an instagram Live on Tuesday night, he said, “I’m not leaving PDX. Not right now at least.”

Lillard, who’s been with Portland for the entirety of his nine-year pro career, has noted that he hasn’t made a decision about his future with the team. Though, his on-court running mate C.J. McCollum told Adrian Wojnarowski last week that he has “a pretty good sense” of where Lillard stands.

Lillard — a six-time NBA All-Star and six-time All-NBA First Team selection — led the Trail Blazers to the Western Conference Finals in 2019, the furthest he’s gone in the postseason.

Lillard recently returned from the Tokyo Olympics, where Team USA won gold after defeating France, 87-82. He played through an abdominal injury to earn his first career gold medal.