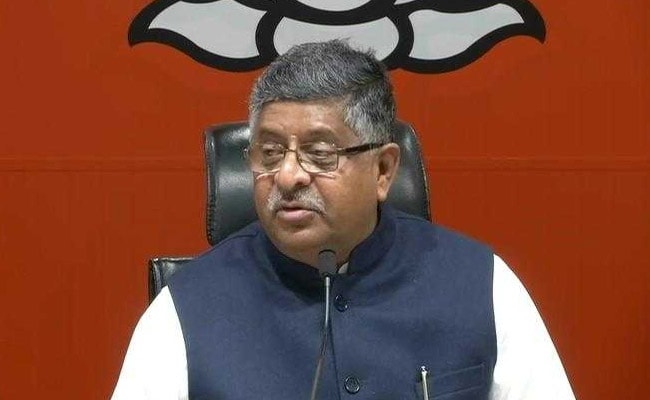 Bharatiya Janata Party (BJP) MP Ravi Shankar Prasad on Friday slammed the Congress and Left parties after the Supreme Court upheld the clean chit given by the court-appointed special investigation team (SIT) to the then chief minister Narendra Modi and others while ruling out a larger conspiracy behind the 2002 Gujarat riots.

“Today we want to ask Congress, Left and others that your entire shop which was running on the protests against Narendra Modi Ji for the last 20 years, how many more days will you run now?” Mr Prasad told media persons here.

He also said that the Special Investigative Team (SIT) had interrogated then Gujarat Chief Minister Modi for nine hours.

“SIT had interrogated then Gujarat CM Modi for nine hours and gave a report that then CM Modi had no role (in 2002 Gujarat riots)… Now Supreme Court has said that proceedings have been pursued for the last 16 years to keep the pot boiling for ulterior design,” the BJP MP added.

The Supreme Court on Friday remarked that disgruntled officials of the Gujarat government who made sensational revelations in relation to the 2002 riots only “to keep the pot boiling” must be put in the dock and proceeded with in accordance with the law.

A Bench headed by Justice AM Khanwilkar remarked that the testimonies of former IPS officer Sanjiv Bhatt, late Haren Pandya (former Gujarat home minister), and RB Sreekumar (the then Additional Director General of Police – Intelligence) were only to “sensationalize and politicize” the issue, although, replete with falsehood.

Mr Pandya, the then Gujarat’s Home Minister, was shot dead on March 26, 2003, during a morning walk near Ahmedabad’s law garden area.

The top court relied on the final report of the Special Investigation Team (SIT) which concluded that Bhatt, Pandya had set up a false plea of being present in the meeting held on February 27, 2002, where the then Chief Minister allegedly made the utterance.

“We hasten to add that it is only because of the ultra-sensational revelation projected by Sanjiv Bhatt and Haren Pandya, who unabashedly claimed to be privy to the utterances made by the then Chief Minister in an official meeting, the constitutional functionaries and this Court was required to move into action taking serious note of the same,” the Bench said.

“But, after thorough investigation by the SIT, the falsity of such claim has been fully exposed on the basis of credible indisputable materials collated by the SIT during the investigation in that regard,” the bench also comprising Justice Dinesh Maheshwari and Justice CT Ravikumar said.

“At the end of the day, it appears to us that a coalesced effort of the disgruntled officials of the State of Gujarat along with others was to create a sensation by making revelations which were false to their own knowledge,” the Supreme Court added.

“The falsity of their claims had been fully exposed by the SIT after a thorough investigation. Intriguingly, the present proceedings have been pursued for the last 16 years including with the audacity to question the integrity of every functionary involved in the process of exposing the devious stratagem adopted, to keep the pot boiling, obviously, for ulterior design,” the top court said.

“As a matter of fact, all those involved in such abuse of process, need to be in the dock and proceeded with in accordance with the law,” it remarked.

The Bench’s observation came while upholding the clean chit given by the SIT to then Gujarat chief minister Narendra Modi and 63 others in the 2002 riots. The top court also dismissed the plea filed by Zakia Jafri, widow of former Congress MP Ehsan Jafri, who had alleged a larger conspiracy in the case.