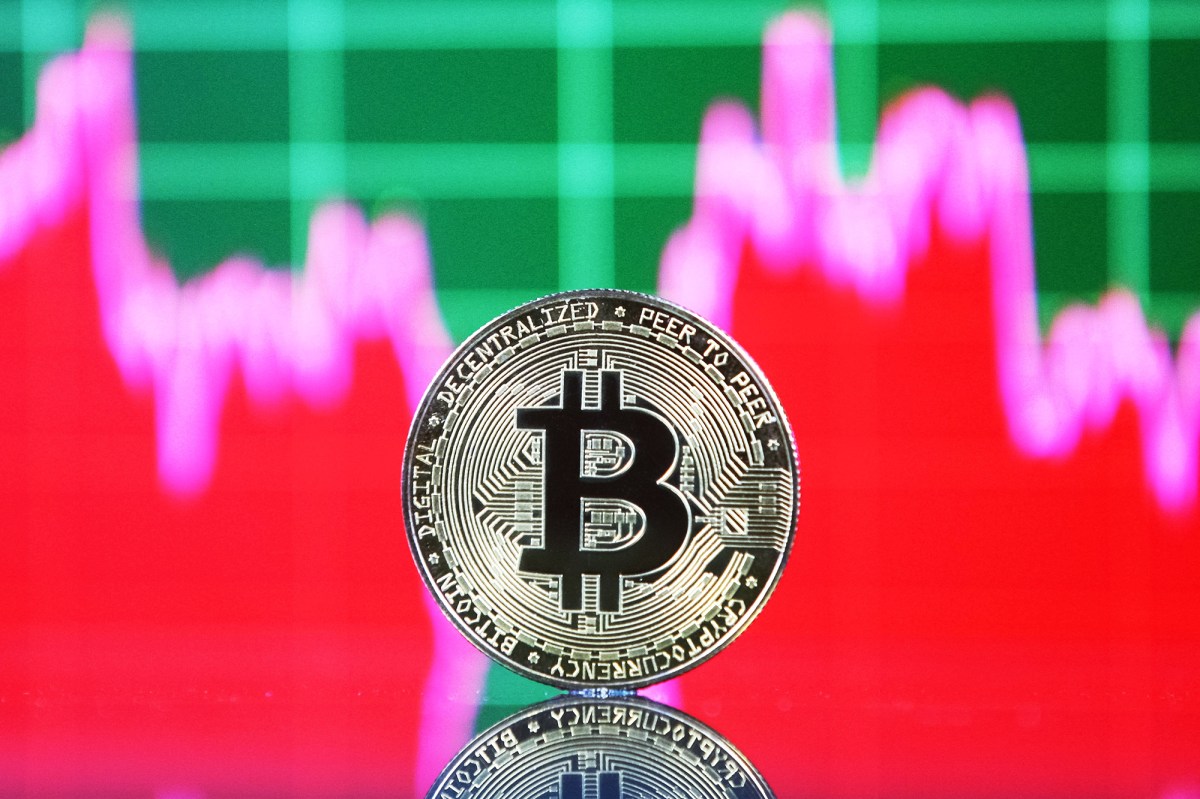 
The price of bitcoin tumbled almost 5 percent Monday morning, dropping below $40,000 per coin again after reaching as high as $42,600 over the weekend.

Bitcoin was last seen exchanging hands at about $39,600 per coin, according to Coinbase data.

The weekend rally propelled bitcoin to its highest price since mid-May, but the crypto is still almost 40 percent below its peak of nearly $65,000 per coin that was seen in April.

The latest bout of downward trading comes after the latest version of the Senate’s infrastructure bill left questions hanging over how it might impact cryptocurrencies, especially with regard to taxes.

At the heart of the matter is whether the bill will expand the definition of “broker” to include various parties involved in the market for cryptocurrencies.

According to Coinbase, the latest iteration of the bill, which was released Sunday, includes a narrower definition of the term than has previously been floated, but it still left open the possibility that some crypto actors could be slapped with fresh tax obligations if and when the bill passes.

Sen. Ron Wyden, a democrat from Oregon, on Sunday called for greater taxation of cryptocurrencies, but said doing so by placing crypto actors under broker regulations wasn’t the best route.

Last week, the price of bitcoin pushed above $40,000 after Amazon posted an ad for a “Digital Currency and Blockchain Product Lead.”

“As one of the largest e-commerce companies in the world, Amazon processes billions of secure on-line transactions via numerous payment methods and capabilities around the globe,” the ad says.

An Amazon spokesperson confirmed that the company is looking for opportunities to engage in the crypto space.

“We’re inspired by the innovation happening in the cryptocurrency space and are exploring what this could look like on Amazon,” the spokesperson said. “We believe the future will be built on new technologies that enable modern, fast, and inexpensive payments, and hope to bring that future to Amazon customers as soon as possible.”

At the conference, Musk said Tesla will “most likely” start accepting bitcoin again as more renewable energy is being used to mine the digital currency.

He also reiterated that he’s not selling his personal holdings of bitcoin any time soon and disclosed that his company SpaceX also owns bitcoin.