Big movies were back at the 2021 Toronto Film Fest, but not big crowds 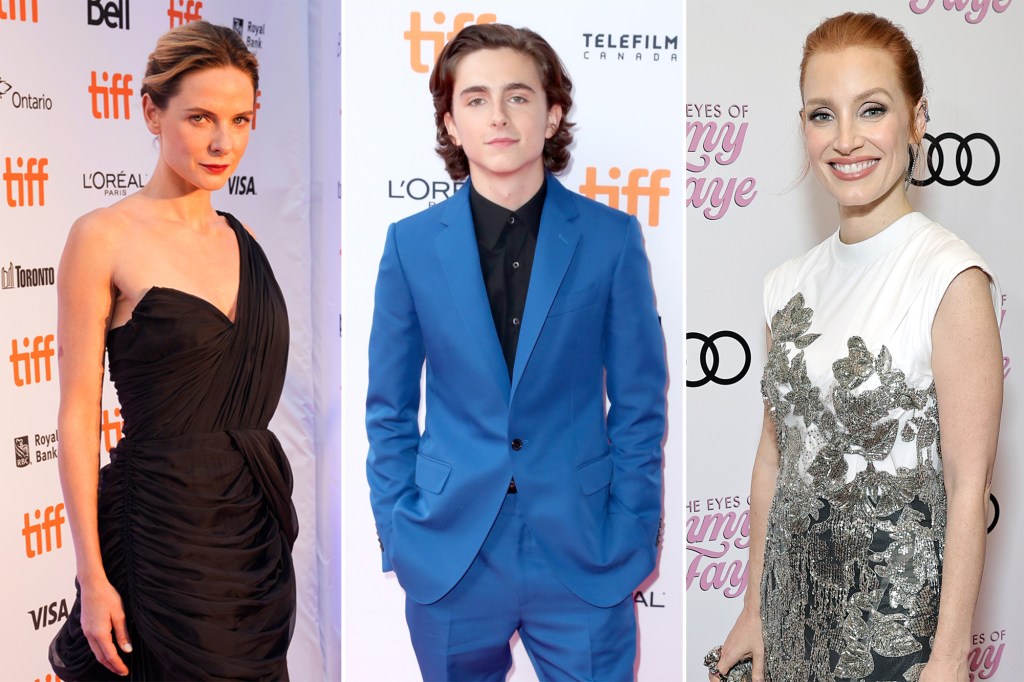 
TORONTO — On Tuesday, my second-to-last night at the Toronto International Film Festival, I finally saw them: crowds!

King Street, the fest’s main drag, was teeming with life and exuberant patrons were pouring out of restaurants and bars around the Princess of Wales Theatre.

My dystopian nightmare had ended. I was no longer a shirtless Charlton Heston shouting at the Statue of Liberty on an ape beach. TIFF was back.

Excited to see … humans, I tried to snag a seat at a very full Mexican joint Tuesday to perhaps score some industry gossip. Then the hostess told me, “Don’t worry. The baseball game is almost over.”

Ugh. These schlubs weren’t film buffs — they were Toronto Blue Jays fans. The era of the pandemic festival ain’t over yet, guys, not in Canada anyway.

Thronged with bodies is how this event, one of the largest festivals in the world, used to be. Unlike New York, which gives any large-scale disruption to our commutes the finger, Toronto loves TIFF, and you can find hot movie parties as far away as Ossington, the hipster nabe 2 miles yonder.

Then came COVID and the 2020 edition went almost entirely digital save for some scattered drive-in screenings. Even if an American wanted to roll up to an outdoor movie in their Toyota Corolla, no dice. We were legally barred from entering the country until last month.

Few Americans made the trek this year, preferring more free-wheeling Venice. Seating was socially-distanced and patrons were masked. Awfully hard to generate buzz when everyone’s afraid to talk.

Still, it was a huge improvement from the womp-womp 2020 edition. Back then, I watched the North American “premiere” of eventual Best Picture Oscar winner “Nomadland” on a 27-inch TV in my bedroom. The glamour! Thank God that this year, you could actually see every film in brick-and-mortar theaters with other people and, although the slate was slimmer than the past, many were sensational.

Denis Villenueve’s “Dune,” in particular, proved that there are movies that must be viewed on the big screen — even though it’s also coming to HBO Max Oct. 22. The sensorily magnificent adaptation of Frank Herbert’s classic sci-fi novel stars a mature Timothée Chalamet and Rebecca Ferguson, and showed that — unlike the Marvel movies that have dominated the genre for a decade — artistry and action can coexist. It’s flirting with the top spot on my year-end list.

“Dune” also had the rare showbiz party at this year’s TIFF. A hilarious one. Picture it: An Oscar-nominated director and about 30 randos celebrating a $165 million movie by nibbling on manchego.

Unlike Christopher Nolan’s similarly mammoth “Tenet” last year, “Dune” will become a player during awards season this year. Same with the other big get at the festival, “Spencer,” starring a revelatory Kristen Stewart as Princess Diana. It’s an odd duck, but riveting. Director Pablo Larraín surreally probes Di’s psychological state rather than present the Wikipedia page on how she got there.

At the moment, Stewart, doing the best work of her career, is the hands-on favorite to win Best Actress.

But look out, K-Stew, because Jessica Chastain has got her war paint on. The actress caked on the mascara to play televangelist Tammy Faye Bakker in “The Eyes of Tammy Faye” and gives a meticulous performance that nails every mannerism — that giggle will haunt my dreams for months. Behind it all, however, is a captivating repressed darkness.

TIFF has turned into a solid predictor of Oscar fortunes, and on the Best Picture front, Kenneth Branagh’s deeply personal “Belfast,” about growing up in Northern Ireland in the early days of the Troubles, is a contender. So is Jane Campion’s (overrated) western, “The Power of the Dog,” starring Benedict Cumberbatch and Kirsten Dunst, and, to a lesser extent, “The Humans.” I found that film adaptation of Stephen Karam’s Broadway play to be sublimely acted, but pretentious in style.

I didn’t hate “Dear Evan Hansen.” So sue me.

Next stop on the festival circuit is in our own backyard, the New York Film Festival, starting Friday. It’ll thankfully look a little different than my trip up north. No digital screenings, no capacity restrictions and parties galore.

And, please, no Mets fans.