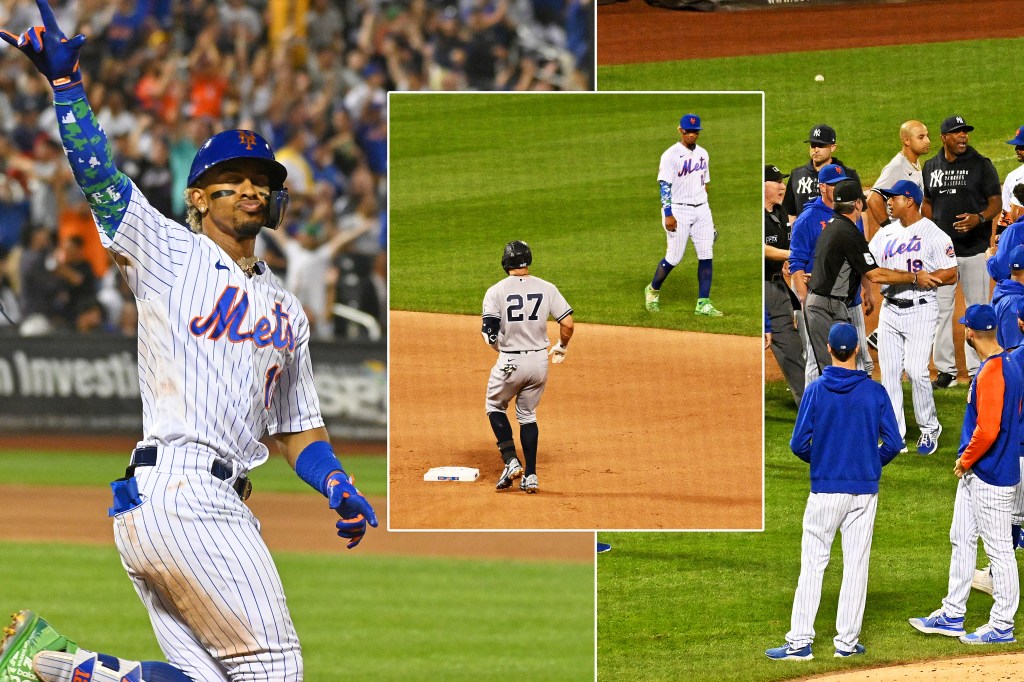 
The Subway Series turned testy Sunday night — thanks to some alleged whistling the night before.

It came to a head during the seventh inning Sunday, when Giancarlo Stanton hit a game-tying, two-run home run and exchanged words with Francisco Lindor after he passed second base, leading to the benches clearing before Stanton even touched home.

Lindor had appeared to jabber at the Yankees as he rounded the bases during his second home run of the night in the bottom of the sixth, appearing to deliver a whistling gesture towards their dugout.

According to ESPN, Mets infielder Jonathan Villar had noticed different whistles coming from the Yankees’ dugout Saturday night to potentially identity pitches when Taijuan Walker was on the mound.

Lindor’s post-home run gesture seemed to be a reference to that whistling, and when Stanton homered a half-inning later, he appeared to take exception with Lindor. Both dugouts and bullpens cleared, but shortly after the teams got face-to-face, they left the field with only words being exchanged.