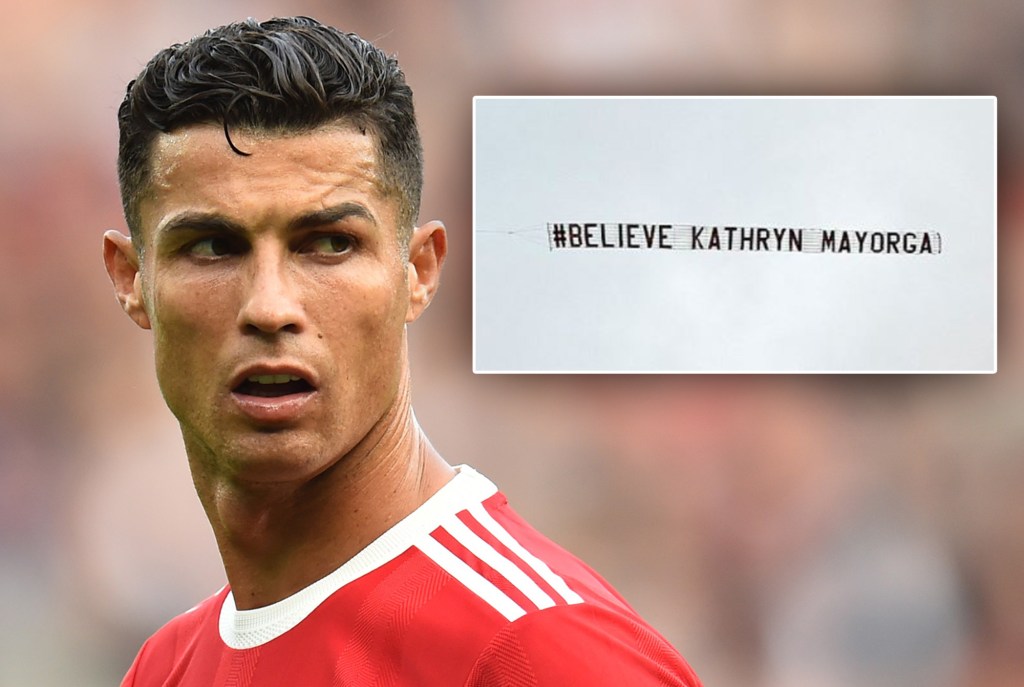 
Amid the jubilation around Cristiano Ronaldo’s second debut with Manchester United emerged a stark message from on high.

During Ronaldo’s first appearance since rejoining the club, the feminist organization Level Up flew a plane over the Old Trafford field Saturday in support of the woman who accused the superstar of rape.

“We flew a plane over the game to say: #BelieveKathrynMayorga,” Level Up said in a tweet. “… Let’s say NO to the culture of silence around abuse from the football community.”

Mayorga accused Ronaldo of assaulting her at a Las Vegas hotel in 2009. She reported the alleged attack at the time but did not publicly reveal the alleged attacker. In 2010, she and Ronaldo reportedly reached a $375,000 out-of-court settlement for her to stay quiet.

Mayorga came forward publicly in 2018, and Las Vegas police reopened the investigation. In 2019, US prosecutors said he would not be charged because the allegations “cannot be proven beyond a reasonable doubt.”

Mayorga then filed a civil suit. Ronaldo repeatedly has denied the allegations.

Level Up, in trying to bring more attention to the allegations, launched a petition, as well, to show support of Mayorga with a solidarity pledge.

“I believe Kathryn Mayorga when she says Cristiano Ronaldo raped her in 2009,” the pledge reads. “I believe Ronaldo should be held to account. I believe in solidarity, not silence. It’s time for football to face up to the ugly reality of rape.”