At least there is one thing different about these ‘frustrated’ Giants 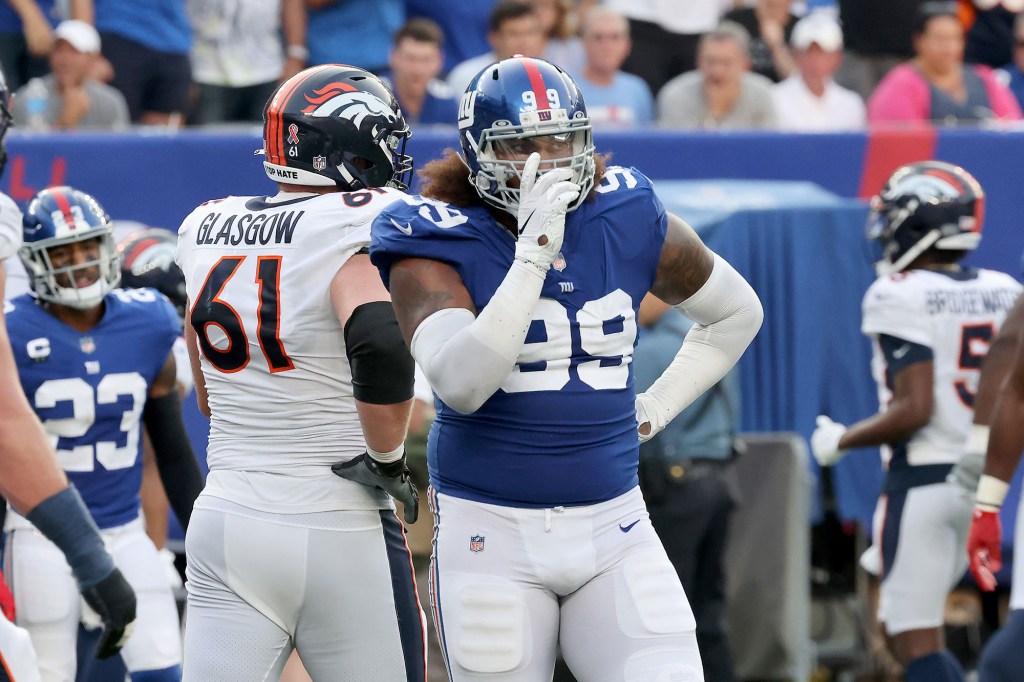 
The story of Leonard Williams’ seven NFL seasons in New York should be set to the tune of Green Day’s “Wake Me Up When September Ends.”

The calendar turned pages Friday, finishing off another winless September for the Giants. And that means Williams will enter next season on the losing side of nine straight September games between his final season with the Jets (three) and his first two full seasons with the Giants (six). He is 5-14 in his career during the season’s first month (including a 2-0 start as a rookie), giving him the unfortunate distinction of expertise on trying to salvage a season in October.

So, what has he learned from playing catch-up?

“I truly believe it’s on the players to make the change,” Williams said. “The coaches are giving us the tools, but there’s only so much play-calling you can do. I’m on my seventh year now and it all feels recycled. All these coaches have been in the same systems at different points. It’s all tweaked in very small differences and different names, so it takes the players to lead the team and finally step up and make that type of shift.”

Williams is the second Giants star this week to publicly direct accountability to the locker room rather than taking the easy way of speaking in clichés about the process or downplaying reality. Saquon Barkley said “somebody has to do something about it” after a loss to the hapless Falcons.

It’s not quite tossing a locker or pounding a table, but it’s not the rinse-and-repeat calm-amidst-the-flames from recent lost seasons, either.

“I’ve been really frustrated lately,” Williams said. “The last two losses we’ve had have been so close that they suck so badly. It would obviously be worse if we were getting blown out 30-0 and we looked horrible because we don’t know what the hell to do, but because it’s the tiniest margin of error and it’s coming down to a last-second field goal it feels like if one or two plays went the other way we would be 2-1. And it would be a lot different conversation.”

There are a dozen reasons the Giants are 0-3, but a pass rush with the NFL’s fifth-worst win rate (35 percent), according to ESPN, is near the top of the list. The company line around the Giants – and most football teams struggling to finish off sacks – is that a pass rush needs to be measured in disruption.

“It’s a culmination of the different factors, whether you’re batting a pass, you have people by his feet getting push in the middle, you sack him,” defensive coordinator Patrick Graham said. “The best teams that I’ve been a part of in terms of the pass rush, I don’t know if we were ever in the top-10 in sacks, but in terms of the effect on the quarterback. It’s also the coverage and the disguise. It all plays a factor.”

Williams has one of the Giants’ six sacks and a team-high 10 of 55 pressures after his breakthrough season of 11.5 sacks.

“He’s right where he was statistically at this point in time last year,” defensive line coach Sean Spencer said. “I see consistency from him. He looks fresh right now and I’m excited about it.”

Graham estimates that in a game with 40 dropbacks there only are 10 plays where the defense can attack with certainty of a pass. Here is the problem: The Giants play better-than-average defense until the four-minute drill, when the pass rush should be on the attack instead of allowing six scores on seven possessions at the end of halves.

“I can’t put my finger on it, and that’s why I’ve been frustrated,” Williams said. “At times we play like a really good team that should be winning these close games, and then at times we are shooting ourselves in the foot. What the coaches are teaching us is it’s not about other teams beating you. It’s more about you beating yourselves.”

Will October bring more of the same?