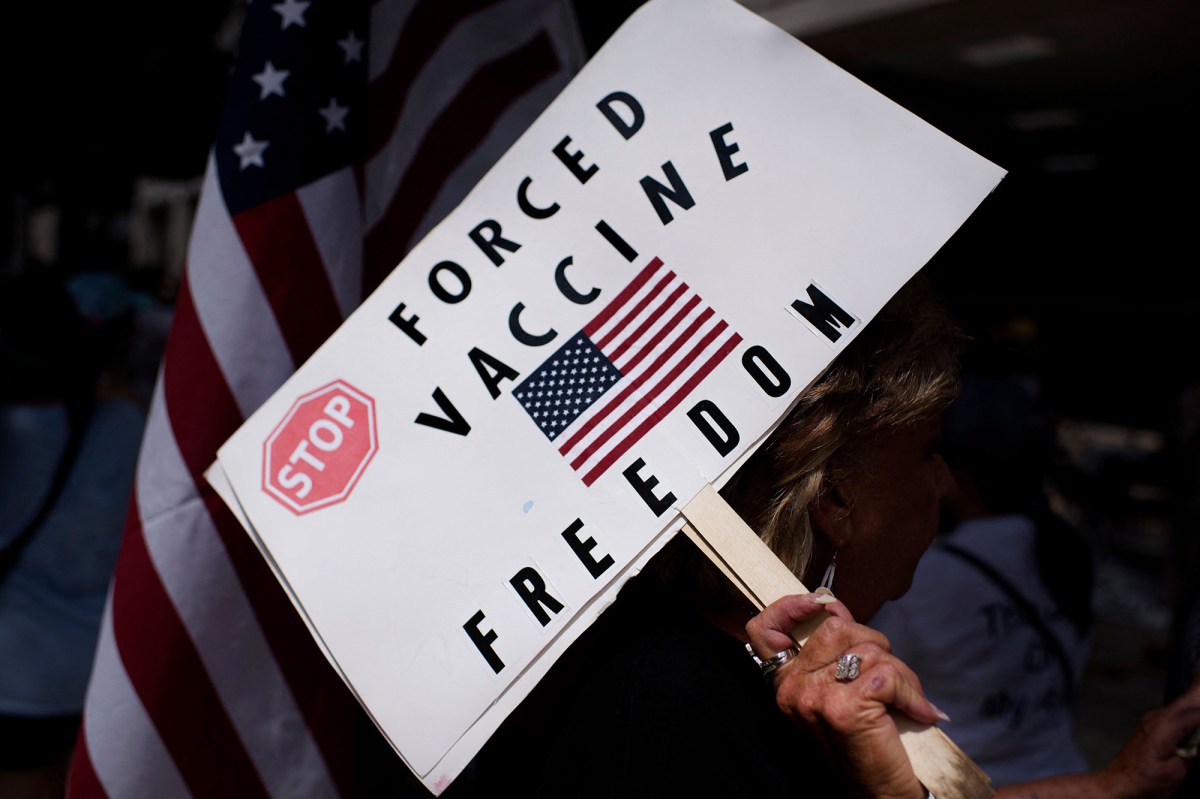 Apple has banned a dating and friendship app for unvaccinated people from its App Store — but the so-called “Tinder for anti-vaxxers” is still available on Android devices.

Unjected — which bills itself as a “safe space for the unvaccinated to come together uncensored through business, friendship or love” — was banned from Apple’s App Store after Bloomberg asked the company for comment.

Apple said that Unjected “inappropriately refers to the COVID-19 pandemic in its comment or theme,” according to emails from the company to Unjected that were shared with The Post.

But Unjected remains available on Google’s Play Store, where it advertises unsubstantiated claims about COVID-19 vaccines, saying that the vaccines “are shedding dangerous spike proteins.”

The app was launched by two women from Hawaii in May, shortly after apps like Tinder and Bumble rolled out incentives for users to get vaccinated.

The app includes features like chat rooms, matches and a directory of businesses that are friendly to unvaccinated people, although the company removed a misinformation-laden “social feed” at Google’s request, co-creator Shelby Thomson, a 27-year-old photographer and mother in Maui, Hawaii told The Post.

As of Saturday, Unjected also ran an anti-vax Instagram account with nearly 25,000 followers — but the account had been banned by mid-day on Monday. Thomson is now running another account with fewer followers, she said.

“They’re killing people,” Biden said of Facebook, although he later walked back the comments.

Thomson, who founded the app alongside 37-year-old spa manager and mother Heather Pyle, said she believes Apple, Google and Facebook have unfairly “censored” her.

“We’re being mislabeled as this anti-vax community, which is so not the case,” Thomson said. “We’re just not pro-mandatory vaccination. It just should be a choice.”

Google did not immediately reply to a request for comment.