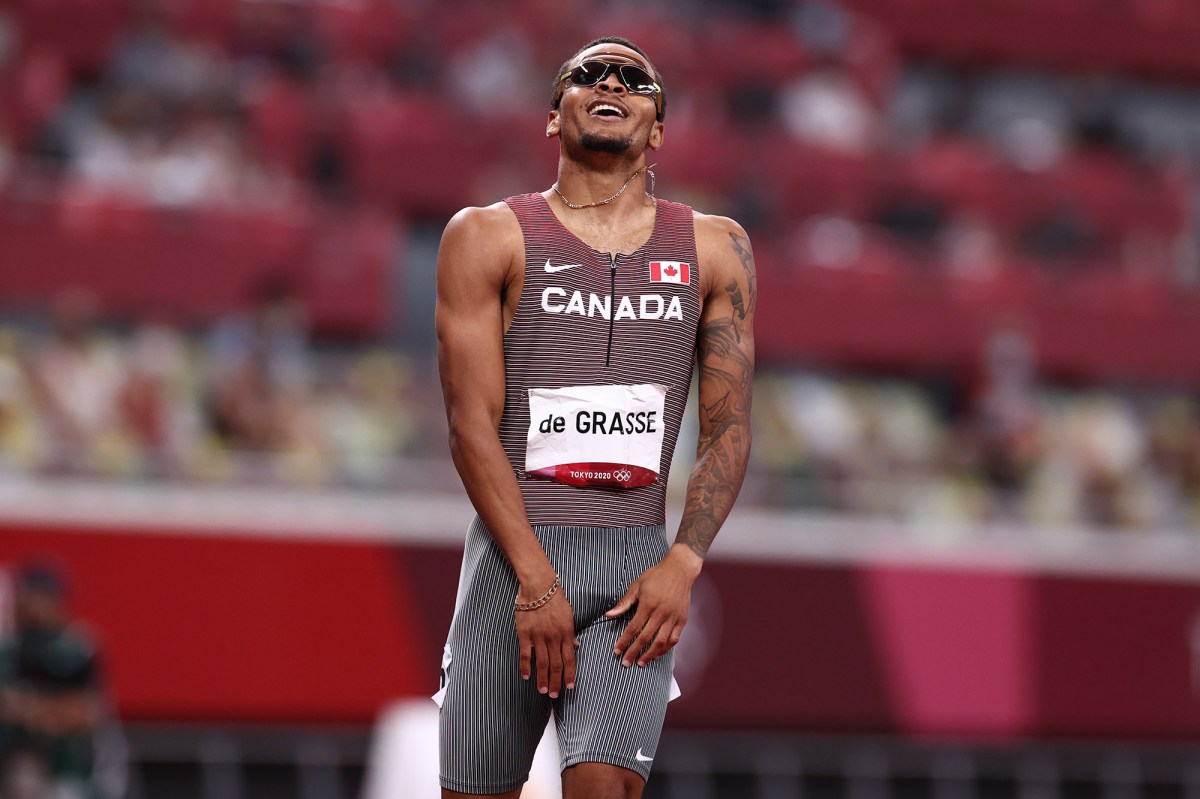 It was Andre de Grasse’s time.

After years of falling just short to Jamaica’s Usain Bolt, de Grasse broke through in the 200-meter final Wednesday at the 2021 Olympics to capture his first ever gold medal with blazing 19.62-second time.

Edging out Americans Kenny Bednarek and Noah Lyles, who took silver and bronze, respectively, de Grasse set a new personal best and surpassed the Canadian record he had set just a day before in the semifinal.

All three medalists clocked in times under 20 seconds. As did USA’s Erriyon Knighton, the youngest finalist in the event’s history at 17 years old, who finished fourth.

De Grasse came to Tokyo with three Olympic medals and four world championship medals to his name. During the 200-meter in the 2016 Rio Games, de Grasse had to settle for a silver medal behind Bolt, whose dominance in the 100m and 200m dated back to 2008 in Beijing.

Bolt retired after the 2017 World Championships, opening the door for de Grasse to step into the spotlight.

The 26-year-old Grasse has now won two medals in Tokyo, after defending his bronze medal in the 100m this past weekend – he came in third in the same event in Rio, too. He had been known as one of the best sprinters in the world for several years, but adding an Olympic gold to his resume certainly further solidified that notion.