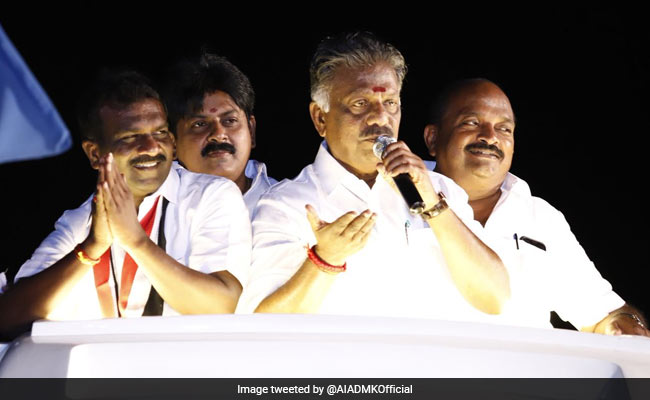 OPS wants to continue the system of dual leadership, which he currently shares with EPS.

The Madras High Court will today hear a plea by AIADMK coordinator O Panneerselvam (or OPS) seeking to halt a July 11 meet of the party’s General Council called by the opposing camp, led by joint coordinator E Palaniswamy (or EPS). This comes a day after OPS got a setback from the Supreme Court as he tries to stop his EPS from taking over the AIADMK, Tamil Nadu’s main opposition party.

EPS wants to do away with the dual leadership that he shares with OPS — and bring back the post of one supreme General Secretary — by amending bylaws through the General Council, the prime decision-making body of the party. OPS wants the present system to continue and had already gone to the High Court, which on June 23 ordered a halt on the meeting or any “unannounced” resolutions. That halt was yesterday removed by the Supreme Court, effectively allowing the meeting.

In its interim order, the Supreme Court asked the OPS faction to make its submissions in two weeks.

Now, OPS will hope for relief again from the High Court as he has sought to stop the July 11 meeting from taking place altogether.

OPS fears takeover by EPS as last month’s General Council did not ratify the election of dual leadership.

The two leaders have been working as per a ceasefire adopted five years ago, as factionalism had threatened to break up the party after the death of the then chief minister J Jayalalitha in December 2016. The party has since lost power, and the infighting has got as bad as it was, if not worse.