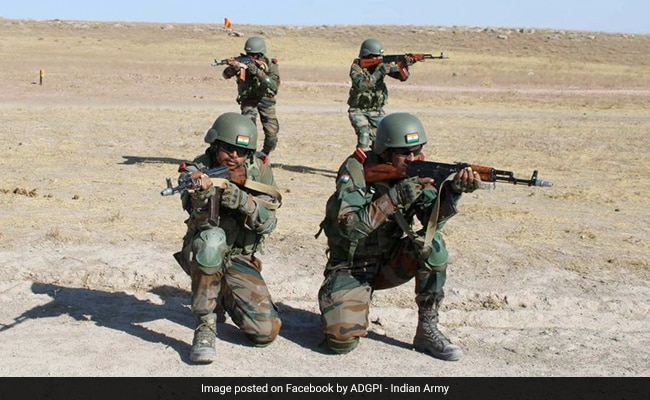 Agniveers will be eligible for gallantry awards, the Department of Military Affairs said on Tuesday in the backdrop of protests against the Agnipath scheme in different parts of the country.

“Agniveers will be eligible for gallantry awards. Patriotism or working in the army is a passion… it is not a provision for a job,” Lieutenant General Anil Puri, Additional Secretary, Department of Military Affairs said today at a presser.

“Today, 50 to 60 people come for every vacancy to be recruited and only one is selected, so we need to take the best candidate for the country. The selection process will be transparent, fair, objective and centrally maintained,” he said.

The DMA official highlighted that the department undergoes 80 to 100 bilateral exercises with many countries and from such engagements, it got the idea that the average age of soldiers is 26-27 years.

Lieutenant General Bansi Ponappa said, “The entire recruitment schedule is ready and the recruitment notification for the Agnipath scheme has been uploaded on the ‘Join Indian Army website’.”

On June 17, the three chiefs of Indian Defence services hailed the decision of the Central government to approve the Agnipath Scheme, a recruitment process for Indian youth to serve in the Armed Forces.

“The Government has announced Agnipath scheme under which youth will be able to join armed forces. The age criteria will be 17.5 to 21 years. Happy to announce that for the first recruitment, the upper age limit has been revised to 23 years. It will benefit the youth. Air Force recruitment will begin on June 24,” the Indian Air Force chief, Air Chief Marshal VR Chaudhari said in a virtual address on Friday.

Granting a one-time waiver, the Centre on June 16, 2022, announced that the Agniveer upper age limit for recruitments via Agnipath Scheme has been extended to 23 years from 21 years.

Indian Air Force also appreciated the government for increasing the upper age limit to 23 from 21 for recruitment under the Agnipath scheme for the year 2022.

COVID-19 halted the Army’s recruitment for over two years. In 2019-2020, the Army recruited jawans and there has been no entry since then. On the other hand, the Indian Navy and the Indian Air Force had both recruited in the last two years respectively.

The Ministry of Defence, in its statement on last Tuesday, said that the Agnipath scheme has been designed to enable a youthful profile of the Armed Forces. It will provide an opportunity to the youth who may be keen to don the uniform by attracting young talent from the society who are more in tune with contemporary technological trends and plough back skilled, disciplined and motivated manpower into the society.