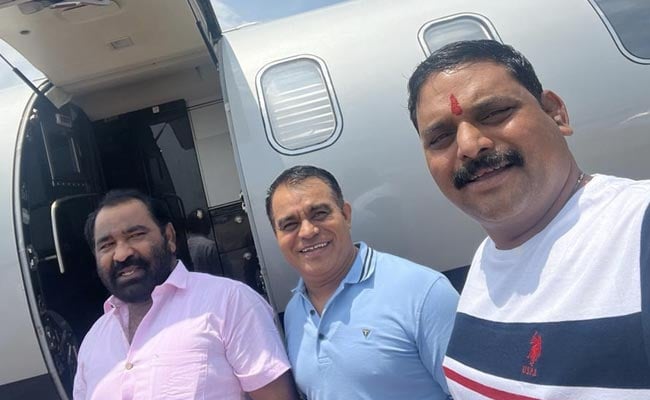 The Shiv Sena rebel camp has released photos of party MLA Nitin Deshmukh taking a private jet in leisure along with other rebel MLAs, a day after he claimed he was “kidnapped” and taken to Gujarat’s Surat.

After missing for two days amid the revolt by Sena MLAs led by Eknath Shinde, Mr Deshmukh reappeared in Surat yesterday and pledged allegiance to Chief Minister Uddhav Thackeray.

His alleged he was forcibly taken to a Surat hospital by hundreds of policemen. There, he was injected with something after he was told he had suffered a heart attack, the Sena MLA alleged.

Mr Deshmukh’s claims about the harrowing experience, however, have been debunked by Mr Shinde’s camp with the photos.

They show rebel MLAs taking selfies in front of a sleek private jet on a sunny tarmac. Mr Deshmukh, in a pink shirt, is seen smiling near the door of the jet. Inside the cabin, the MLAs including Mr Deshmukh are seen sitting cheerfully. 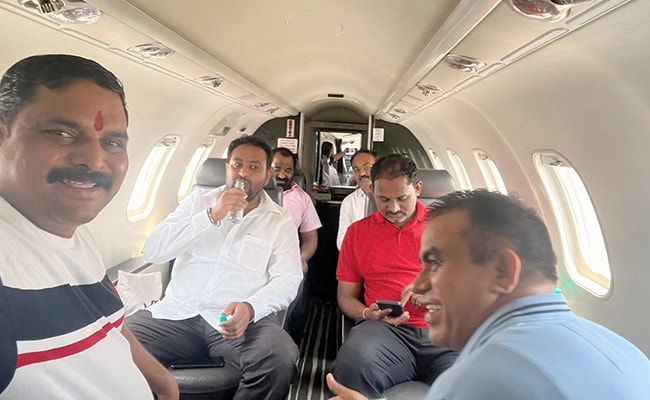 The Shiv Sena today said it would consider leaving the Maharashtra alliance with Sharad Pawar’s Nationalist Congress Party, or NCP, and Congress but only if the rebels returned “in 24 hours” – a huge climbdown as the rebel group led by Mr Shinde gained more numbers.

Mr Shinde, camping in Guwahati with some 41 MLAs, has demanded the Sena break its alliance with the Congress and the NCP, saying the Sena leaders suffered the most in the last two-and-a-half years of the coalition’s rule. The MLAs have booked the hotel in Guwahati for a week, indicating they are prepared for the long haul.