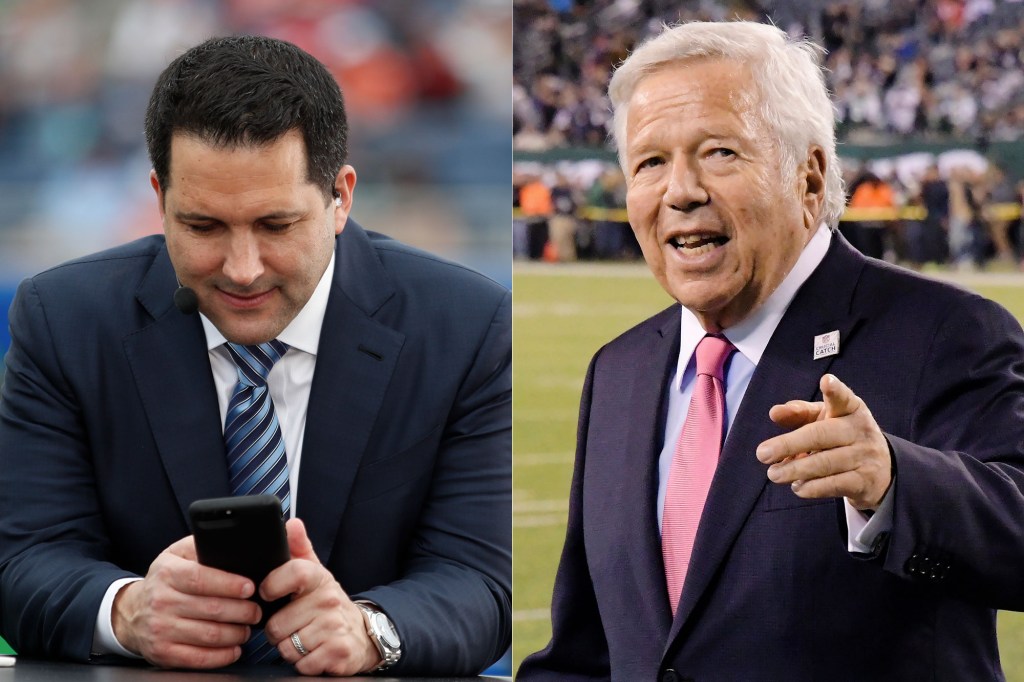 Boom Entertainment is a creator of sports and casino gambling apps, such as NBC Sports Predictor. Patriots owner Robert Kraft is one of many prominent investors announced this week.

Schefter’s investment in the company — which is also developing “real money gaming products” — has raised questions about how he’ll remain ethical and authentic in his job at ESPN, according to Bloomberg.

Kraft’s involvement has reportedly highlighted curiosity about how Schefter will report on New England.

“Others in the media already are asking whether and to what extent this business relationship will impact Schefter’s coverage of the Patriots,” Bloomberg reported.

Bloomberg said ESPN declined to comment on whether a conflicts-of-interest policy exists and (if one does) whether Schefter’s investment in Boom Entertainment coincides with it.

Schefter, who joined ESPN in 2009, has become one of the network’s most high-profile reporters and talents. He’s known for breaking news through close ties to industry sources and his strong relationships within front offices.

“Due to the demands of his job, Schefter always has two phones nearby and now is considered the first commentator in sports,” his ESPN bio states.

The website said ESPN also declined to comment when asked whether it felt any social or business boundaries are being intersected.

ESPN referred Bloomberg to comments made by Bob Chapek, the company’s chief executive, at a conference on Tuesday.

Chapek told investors that Disney plans to get “aggressive” about expanding its presence in sports wagering.

Bloomberg broke down how Schefter’s sports insight could clash with his investment in the business of gambling.

“Schefter’s stock in trade are football scoops such as new contracts, trades, injuries, starting line-ups and the other gossipy stuff that gives viewers a sense of who’s up or down, and who might win or lose. That information is also valuable to gamblers — or anyone who might own, say, a sizable stake in a newfangled gambling company interested in digital sports betting,” Bloomberg explained.

“Viewers, and Schefter’s 8.5 million Twitter followers, might end up wondering whether he will shade his opinions or bury important information if he directly or indirectly has money riding on games and athletes.”