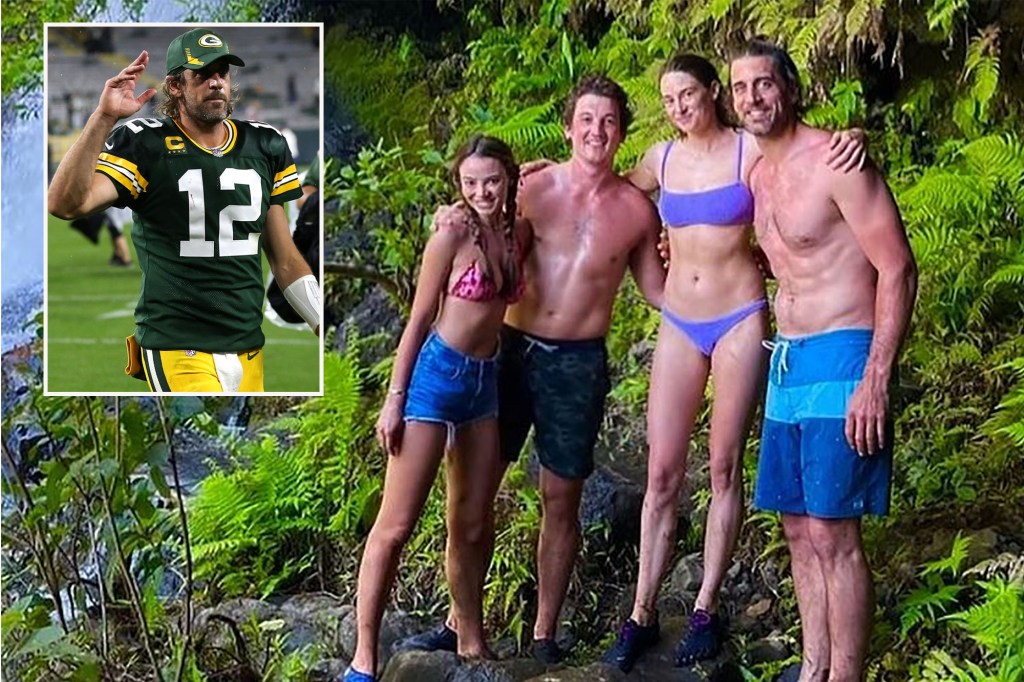 
Aaron Rodgers has no patience for anyone who disapproves of his offseason, which included a highly-documented vacation with actress Shailene Woodley.

The Green Bay Packers quarterback lashed out at critics of his offseason activities during an appearance on “The Pat McAfee Show” on Tuesday.

“It’s absolute horses–t to give a platform to people who have no idea what they’re talking about as far as my mental state and my focus, my work habits — people that have not been around me, that are not in my life, I don’t have communication with them or not in the locker room,” Rodgers said. “That’s just chickens–t. It’s so ridiculous that people get a platform to do this.”

On April 29,  ESPN NFL insider Adam Schefter reported that Rodgers, 37, wanted to be traded out of Green Bay and wouldn’t return to the team.

Rodgers then held out of Packers offseason activity and most of training camp this year until the team restructured his contract, and spent his time off doing a variety of non-football activities. This included a vacation to Hawaii with Woodley, his fiancee, as they were traveling with actor Miles Teller and his wife Keleigh, according to various posts on social media. That vacation coincided with a portion of Packers OTAs that Rodgers skipped.

Rodgers even enjoyed a brief stint on television as a temporary host of the game show “Jeopardy!” Rodgers hosted 10 episodes and helped the show raise $236,725 for the North Valley Community Foundation, as the show matched the winnings of contestants.

But his offseason leisure garnered the criticisms of several figures in the NFL media, including former teammate Jermichael Finley, who played tight end for the Packers from 2008-13. Finley questioned Rodgers’ desire to win and even play football anymore during an appearance on ESPN’s “Keyshawn, JWill & Max,” and in a TMZ interview.

Rodgers’ critics were given more fuel to their argument after his Week 1 performance in a 38-3 loss to the New Orleans Saints, in which he threw two interceptions.

Rodgers and the Packers bounced back in Week 2 with a 35-17 win over the Detroit Lions on “Monday Night Football,” throwing for 255 yards, four touchdowns and no interceptions.

The win gave Rodgers his own fuel to publicly defend himself from those that have spent the last four months criticizing the quarterback’s life decisions.

“Most people don’t use their platform to defend themselves,” Rodgers said on Tuesday. “I don’t think I need to defend myself to people who aren’t worth spending time on.

“What’s crazy to me is to let one storyline, by a person who has no contact with me, zero relationship, that becomes some sort of narrative that’s out there, that now I somehow don’t care about ball because of my Zen attitude during the offseason, that’s the bulls–t that I was talking about.”

macron: France’s envoy to return to US after Macron, Biden talks – World News