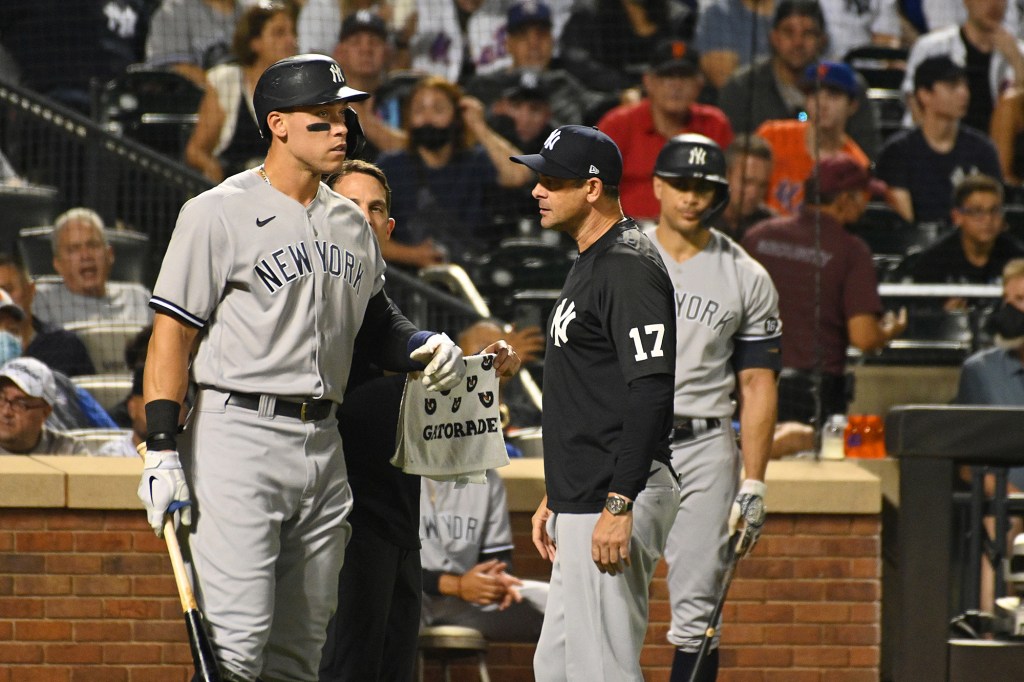 
A night after playing hero against the Mets, Aaron Judge had an early exit in the Subway Series finale.

The Yankees center fielder was removed from Sunday night’s game in the third inning after experiencing dizziness, the team said.

Judge, who received eye drops at the plate during the first inning, was replaced by Brett Gardner.

“I didn’t want him to be in a position where he put himself in danger,” manager Aaron Boone said on the ESPN broadcast. “Hopefully it’s something that subsides here over the next little bit, and get him back in there tomorrow.”

Judge was 0-for-2 with two strikeouts before leaving the game.

On Saturday, Judge had crushed a pair of homers to help lift the Yankees to an 8-7 win.

Doja Cat is queen of the 2021 VMAs with aerial performance