Aaron Boone is out of excuses for Gary Sanchez 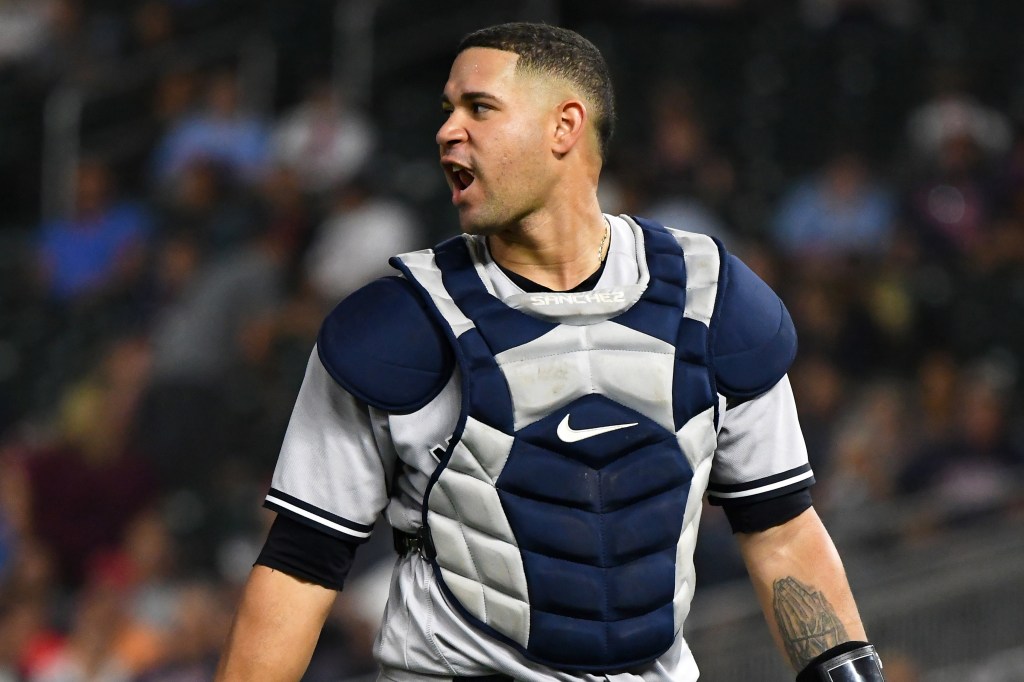 
A 97-MPH sinker got away from Clay Holmes with two strikes and two outs in the bottom of the ninth on Thursday at Camden Yards.

Holmes’ second wild pitch of the inning allowed Kelvin Gutierrez to score from third base and Baltimore to tie the game, which the Yankees went on to lose in 10 innings.

Holmes’ first wild pitch was a tough one that got away in the dirt and the more costly one sailed away from Sanchez.

“There were a couple that seemed like it slipped out for whatever reason,” Boone said. “I’m sure the elements had something to do with that, but those are balls we’ve got to try and keep in front of us… That heater up and away there, you’ve probably got to get to.”

It was just part of what’s been another miserable stretch for Sanchez, who is 2-for-25 with three walks and five strikeouts in his past eight games. The slump has dropped his OPS to .741 — the lowest it’s been since mid-June.

And it comes on the heels of Sanchez’s recent infamous mistake, when he allowed Jonathan Villar to slide under him after Joey Gallo’s throw from left field beat the Mets infielder by 10-15 feet last Friday during the Subway Series at Citi Field.

The Yankees’ latest loss dropped them behind Boston and Toronto for the two AL wild card spots.

Clearly, they need to do whatever possible to get to that game. Ideally, though, they would line up Gerrit Cole to pitch the one-game playoff.

Asked about pairing Sanchez with Cole in preparation for that scenario, Boone said, “We’ll see.”

The manager said he “considered it” prior to Cole’s last outing before going with Kyle Higashioka, who figures to be a real possibility to be behind the plate if the Yankees do wind up in the wild-card game.

“That question comes up a lot,’’ Boone said of whether Sanchez would catch Cole. “I think it’s a discredit to how good a player [Higashioka] has become and an offensive threat. He’s swung the bat a lot better. I feel good with either one… We’ll see.”

Higashioka played well enough — and Sanchez poorly enough — that the Yankees benched Sanchez in favor of Higashioka for much of the playoffs last season.

A similar decision may soon be at hand, if the Yankees get that far.

But since a hot start, Higashioka has just a .560 OPS in 36 games since May 27. And although the focus is on this season, the Yankees also have to consider the future.

The organization considered trading Sanchez last offseason before keeping him and giving him a raise to $6.35 million.

He’d likely cost more to bring back in 2022 and while Sanchez has been significantly better than he was a year ago, he’s still been far less productive than in his two All-Star seasons of 2017 and 2019.

Sanchez’s recent play isn’t helping his — or the Yankees’ — cause.