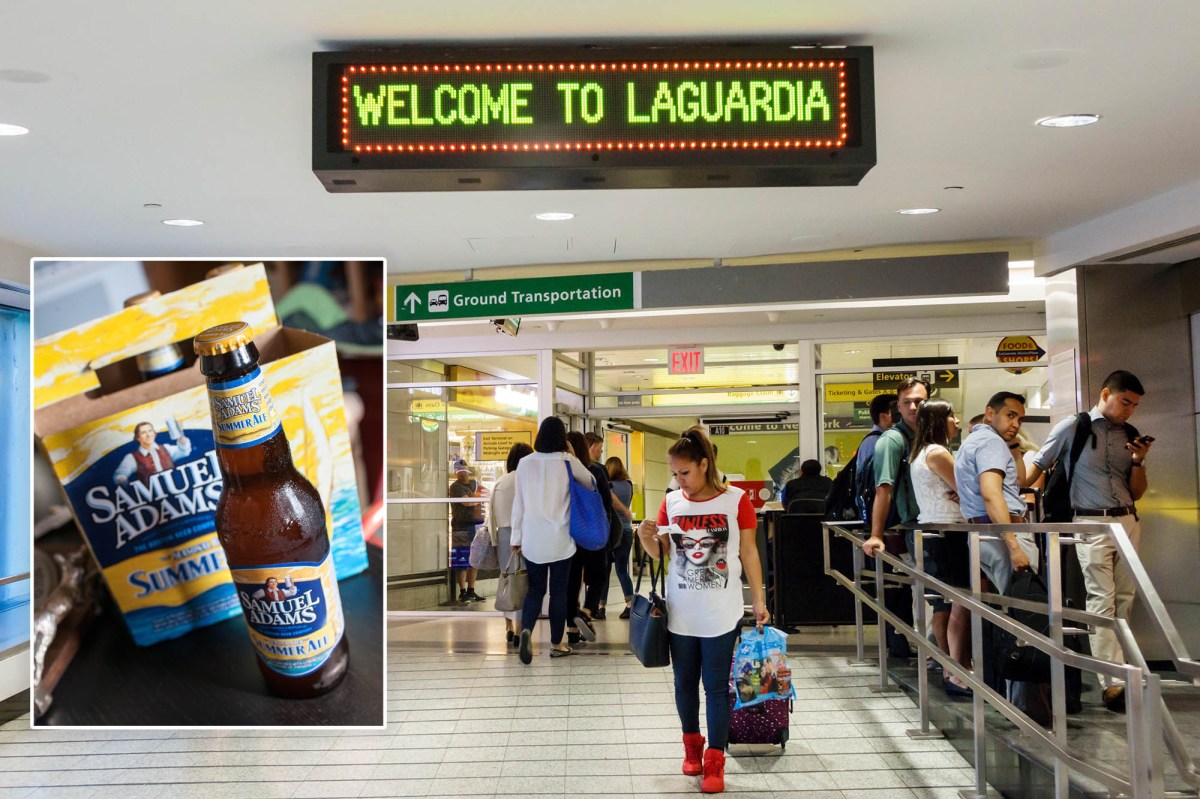 This beer’s price was “lager” than life.

The company that operates restaurants and stores at LaGuardia, JFK and Newark airports is facing heat after it was caught selling a beer for $27.85 at LaGuardia Airport.

A traveler passing through LaGuardia, Cooper Lund of Brooklyn, called out the eye-popping high price in a tweet last month that’s since gone viral.

“Lol at all of this, including the additional 10% ‘COVID Recovery Fee’ that doesn’t go to workers,” he wrote alongside an image that showed a $27.85 Sam Adams Summer Ale as well as other lofty prices for other brews.

OTG, the company that operates many concession stands at the region’s airports and was responsible for the overpriced beer, countered that the ale’s price was listed incorrectly, and noted that the prices on the menu were for 23-ounce pours.

“Yikes. GOOD CATCH! That Sam Summer **price is incorrect** and has been updated. + note all other listed prices are for 23oz pours,” OTG tweeted.

The company also offered in the tweet to pay for Lund’s beers the next time he visited.

Michael Marchese, an OTG spokesperson, told THE CITY that the price on the beer at LaGuardia was “quickly corrected” to $18.15.

“Because of these posted-pricing hiccups, our in-house menu teams have been diligently working to ensure pricing across all restaurants are, in fact, rendering correctly,” he added.

The Port Authority of New York and New Jersey has since ordered OTG to audit its prices, according to THE CITY.

“The Port Authority is committed to enforcing that all terminal operators and concessionaires adhere to cost parity policies throughout our airports,” a Port Authority spokesperson reportedly said in a statement.

“We know this market is expensive enough already, so we’re committed to everything we can do to ensure reasonable prices for our customers,” the spokesperson added.

Even after OTG corrected its prices, THE CITY noted, the costs remain curiously high and test the limits on the 10 percent airport price hikes approved by the Port Authority board last year.

The approval of those hikes came after the board voted in 2018 to increase the minimum wage for tens of thousands of airport workers to $19 an hour by 2023.

Terminal operators and concession management companies set their prices based on comparisons to locations in the New York and New Jersey metropolitan area, the Port Authority says.

But a review of prices by THE CITY at JFK and LaGuardia found that several items were going for much more in the airport than they were elsewhere in the city.